The Consumer Financial Protection Bureau (CFPB) has issued a recent assessment of the TRID Integrated Disclosure Rule, finding that the rule has made progress toward several of its goals.

The evidence available for the assessment indicates that the TRID rule has improved consumers’ ability to locate key information, compare terms and costs between initial disclosures and final disclosures, and compare terms and costs across mortgage offers. Evidence was mixed, but leans positive, regarding whether the rule has improved consumer understanding of forms.

The assessment also found that the rule has resulted in sizeable implementation costs for companies. Firms also reported increases to their ongoing costs. However, it is unclear if these increases are due to ongoing trends or if these increases can be attributed to the rule.

The report examined potential effects on a range of market outcomes, such as interest rates and origination volumes, and found either no change or relatively short-lived changes in these measures around the rule’s effective date.

The assessment was conducted in accordance with Section 1022(d) of the Dodd-Frank Act that requires the CFPB to assess significant rules or orders adopted under federal consumer financial law. An assessment must address, among other relevant factors, the rule’s effectiveness in meeting the Dodd-Frank Act’s purposes and objectives and the specific goals stated by the CFPB in issuing the rule. An assessment must reflect available evidence and any data that the CFPB reasonably may collect, and the bureau must invite public comment on recommendations for modifying, expanding or eliminating the rule.

In addition, the CFPB has published a data point examining how the terms and costs of a mortgage loan may change during the origination process as reflected in the loan estimate and closing disclosure forms provided to borrowers pursuant to the TRID rule.

The report also summarizes public comments for modifying, expanding or eliminating the rule. The bureau says it will take the public comments as well as the findings of the assessment into account in determining whether there might be changes to the rule that would strengthen the rule’s benefits or reduce its costs.

The TRID rule assessment report is available here, and the data point is here. 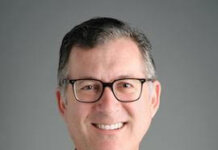 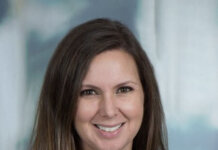