For more than 100 consecutive months, the U.S. economy has continued to grow, and the economic outlook for the remainder of 2018 remains positive.

A key contributor to this period of sustained growth has been interest rates, which, over the past decade, have remained at historic lows. Only as recently as 2015 has the mortgage industry seen rates start to creep upwards, as the Federal Open Market Committee pushes the Federal Funds Rate higher.

This is likely a move by the Fed to not only mitigate inflation, but also provide flexibility for when the next economic downturn occurs – flexibility that other countries (like Japan, Sweden and Denmark, which are currently utilizing negative interest rates) will not have available if and when a correction occurs.

So, given this historical context, what might an incremental rise in interest rates mean for today’s borrowers?

The mortgage industry has made great strides in terms of technology, operations and the improvement of the borrower experience, but when it comes to credit, current standards are much tighter than in the past. Many of the looser rules from 2007 no longer apply, and it’s a fundamental truth that requirements today are much more stringent than in the past. In addition, borrower demographics and attitudes toward debt are shifting – and it’s beginning to have an impact on how lenders evaluate creditworthiness.

This shifting approach to credit is particularly apparent with minority and millennial borrowers. Minorities have historically had the most difficult path to debt-free homeownership and, according to the FDIC, approximately 9 million U.S. households are currently considered “unbanked,” with ethnic minorities accounting for the majority of this group. This hinders their ability to establish and build credit. Millennials, as a demographic, are often burdened by large amounts of student debt, and thus, less likely to have access to additional credit.

Interestingly, lenders are also seeing an increase in the number of borrowers who carry no debt at all, or at the very least, have paid down almost all of their debt. Their aversion to debt impacts their credit scoring and their FICO score may not accurately reflect their overall creditworthiness and true ability to pay down a mortgage.

This is where alternative credit scoring comes into play. A borrower with no credit score, traditionally, would be considered a poor, high-risk investment for a lender. Alternative credit, at its core, is simply any definitive proof or justification of a borrower’s creditworthiness beyond their traditional FICO score and can include a history of rent or utility payments, child care, rent-to-own agreements or even monthly insurance payments. All of these can serve as reliable indicators of a potential borrower’s creditworthiness; if a borrower successfully makes the same payment every month for five or more years, and has held a consistent job and never defaulted on a loan or contract, that person is likely a reliable prospect.

And, considering the U.S. economy has historically depended on homeownership and household spending for roughly 70% of its annual growth, getting more qualified borrowers into more homes only serves to improve local communities nationwide.

Today, alternative credit provides a pathway for otherwise qualified borrowers to secure funding for a home loan and start on the path towards homeownership, while at the same time, providing lenders with a way to accurately qualify borrowers for those loans.

So, what happens when one of these borrowers does default? The reality is that the mortgage industry will likely never see the volume of defaults that occurred in 2007 and 2008. Credit standards are simply too high today, and more than that, the mortgage servicer will likely be able to work with a delinquent borrower to identify a better route than simply defaulting on a loan well before it gets to that point.

The key, ultimately, will be a standardization of the process. Even though Fannie Mae and Freddie Mac are purchasing a small number of these alternative credit loans today, the mortgage industry as a whole will need to adopt unified standards for underwriting and qualifying these loans in order to bring them to a broader market. 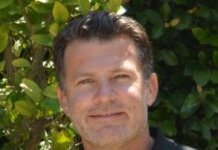