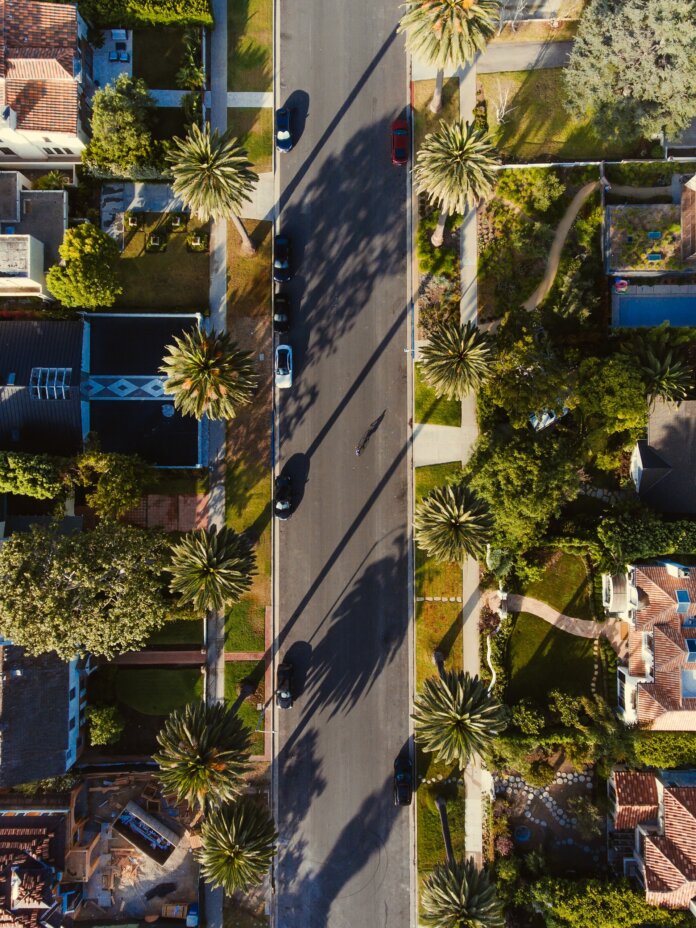 ATTOM’s Special Housing Risk Report shows that New Jersey, Illinois and inland California had the highest concentrations of the most at-risk markets in the first quarter of 2022 – with the biggest clusters in the New York City and Chicago areas. Most southern states were less exposed.

The first-quarter 2022 patterns – based on home affordability, underwater mortgages, foreclosures and unemployment – revealed that New Jersey, Illinois and California had 34 of the 50 counties most vulnerable to the potential declines. The 50 most at-risk included eight counties in the Chicago metropolitan area, six near New York City and 10 sprinkled throughout northern, central and southern California.

Elsewhere, the rest of the top 50 counties were scattered mainly along the East Coast and in the Midwest. They included three each in the Cleveland, Ohio, and Philadelphia, Pa. metropolitan areas, plus two of Delaware’s three counties. At the other end of the risk spectrum, the South had the highest concentration of markets considered least vulnerable to falling housing markets.

“While the housing market has been exceptionally strong over the past few years, that doesn’t mean there aren’t areas of potential vulnerability if economic conditions continue to weaken,” says Rick Sharga, executive vice president of market intelligence at ATTOM. “Housing markets with poor affordability and relatively high rates of unemployment, underwater loans, and foreclosure activity could be at risk if we enter a recession or even face a more modest downturn.”

Counties were considered more or less at risk based on the percentage of homes facing possible foreclosure, the portion with mortgage balances that exceeded estimated property values, the percentage of average local wages required to pay for major home ownership expenses on median-priced single-family homes and local unemployment rates. The conclusions were drawn from an analysis of the most recent home affordability, equity and foreclosure reports prepared by ATTOM.

Unemployment rates came from federal government data. Rankings were based on a combination of those four categories in 586 counties around the United States with sufficient data to analyze in the first quarter of 2022. Counties were ranked in each category, from lowest to highest, with the overall conclusion based on a combination of the four ranks. See below for the full methodology.

The wide disparities in risks come at a time when the U.S. housing market remains relatively strong but shows signs that a decade-long boom may be easing.

Home prices have climbed more than 15% in most of the country over the past year, with new highs hit in about half the nation, boosting homeowner equity to record levels.

But as interest rates on 30-year mortgages rates have climbed to 6%, worsening affordability for prospective homebuyers, home sales have declined every month in 2022, and home price appreciation is showing signs of retreating rapidly.

“The housing market has been one of the strongest components of the U.S. economy since the onset of the COVID-19 pandemic,” Sharga notes. “But Federal Reserve actions aimed at bringing inflation down from its 41-year high are having an immediate impact on home affordability, sales, and pricing. Whether the Fed can execute a relatively soft landing, or inadvertently steers the economy into a recession will determine the fate of the housing market over the next 12-18 months.”

Amid that backdrop, the national median home value rose up just 3% from late-2021 through early-2022, seller profits are starting to dip and home affordability is inching downward. Lender foreclosures against delinquent mortgages also are up.

Most-vulnerable counties clustered in the Chicago, New York City, Cleveland and Philadelphia areas, along with Delaware and sections of California. Thirty-two of the 50 U.S. counties most vulnerable in the first quarter of 2022 to housing market troubles (from among 586 counties with enough data to be included in the report) were in the metropolitan areas Delaware and interior California as well as around Chicago, Ill.; New York, N.Y.; Cleveland, Ohio; and Philadelphia, Pa.

They included eight in Chicago and its suburbs (Cook, De Kalb, Kane, Kendall, Lake, McHenry and Will counties in Illinois and Lake County, Ind.) and six in the New York City metropolitan area (Bergen, Essex, Ocean, Passaic, Sussex and Union counties in New Jersey). The three in the Philadelphia area were Philadelphia County, plus Camden and Gloucester counties in New Jersey, while the three in the Cleveland area were Cuyahoga, Lake and Lorain counties in Ohio. In Delaware, Kent County (Dover) and Sussex County (Georgetown) also were among the top 50 most at-risk in the first quarter.

More than one in 1,000 residential properties faced a foreclosure action in the first quarter of 2022 in 29 of the 50 most at-risk counties. Nationwide, one in 1,795 homes were in that position. Foreclosure actions have risen since the end of a federal moratorium on lenders taking back properties from homeowners who fell behind on their mortgages during the early part of the virus pandemic. The moratorium ended July 31 of last year and foreclosures are expected to continue increasing over the coming year. The highest rates in the top 50 counties were in Cumberland County, N.J. (outside Philadelphia, Pa.) (one in 402 residential properties facing possible foreclosure); Cuyahoga County (Cleveland), Ohio (one in 426); Gloucester County, N.J. (outside Philadelphia, Pa.) (one in 484); Ocean County (Toms River), N.J. (one in 496); and De Kalb County, Ill. (outside Chicago) (one in 510).

Twenty-six of the 50 counties least vulnerable to housing-market problems from among the 586 included in the first-quarter report were in the South. Just five were in the Northeast.

Less than 5% of residential mortgages were underwater in the first quarter of 2022 (with owners owing more than their properties are worth) in 31 of the 50 least at-risk counties. Among those counties, those with the lowest rates among those counties were Williamson County, Tenn. (outside Nashville) (1.5% of mortgages underwater); San Mateo County, Calif. (outside San Francisco) (1.6%); Chittenden County (Burlington), Vt. (1.7%); Santa Clara County (San Jose), Calif. (1.9%); and Travis County (Austin), Texas (1.9%).

Less than one in 5,000 residential properties faced a foreclosure action during the first quarter of 2022 in 27 of the 50 least at-risk counties. Those with the lowest rates in those counties were Chittenden County (Burlington), Vt. (no residential properties facing possible foreclosure); Washington County, R.I. (outside Providence) (one in 32,847); Johnson County (Overland Park), Kan. (one in 22,880); Boone County, Ky. (outside Cincinnati, Ohio) (one in 17,156); and Arlington County, Va. (outside Washington, D.C.) (one in 17,012).