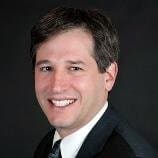 MortgageOrb recently interviewed Bobby Wolf, vice president of capital markets and business development for Lenders One, to learn more about the changes that have taken place in the secondary market during the past year and what mortgage lenders and investors can expect in 2017.

Q: What are the key changes that you have seen taking place in the secondary market over the past year? What have been the drivers of these changes?

Wolf: Last year was a positive year for mortgage originators, but the much-anticipated rise in rates is finally upon us. Although expected in the early part of 2016, the rate creep did not materialize until post-election in 2017. Instead, domestic and even world events, such as Brexit, drove rates to near-historic lows, stimulating refinance origination activity to levels that kept originators much busier than originally expected. However, with the U.S. election in the rearview mirror, the rates have risen, and consequently, refinance production has slowed.

As the proverbial winter settles in, ongoing success in purchase originations will ensure long-term sustainability, and there are other opportunities that could replace some of the volume lost to low refinance activity. Lenders that are interested in filling the void that will be left by higher rates are turning to alternative loan options offered by aggregators, such as jumbo mortgages that carry rep and warrant insurance, commercial lending, self-employed, credit ascent, and renovation mortgages.

Another interesting trend to watch, with rates rising and originations slowing down, is whether the overall shift to mandatory trading will continue.

In the extended low-rate environment, hedging advisory firms enabled smaller banks to access trading and hedging, and banks leveraging these third-party “experts” thereby reduced their historical concerns about risk. Hedging firms have provided smaller firms with the necessary expertise that otherwise would have been required internally. Digging a layer deeper, as in any free market, the real driver of this shift to mandatory is competition. When hedged effectively, mandatory trading is more profitable for correspondent sellers than best efforts, and because of this economic paradigm, firms have focused on being proficient in managing the risk.

Although mandatory trading can be more profitable for lenders, conversely, it squeezes margins for aggregators. However, the aggregators stand to benefit from the higher volume of commitments and the reduced risk now transferred to the seller. The real question for the sellers and aggregators becomes whether they’re dealing with a more sophisticated market than in the past or if the risks of this trading will prove to be far greater than the potential gains if markets become more volatile, making risk more difficult to manage. The question can also be asked of the sellers: Is it wise to place so much of your company’s risk in the hands of a third party?

There is too much uncertainty to know precisely what will happen in this environment, but expect to see shifts in how lenders adapt as we head into a more volatile market.

Q: How can lenders leverage the secondary markets to better serve their customers and be positioned for growth and success in 2017?

Wolf: The most successful lenders will simply rely on their core of producing purchase originations. Additionally, lenders can expand outside the agency box and explore the aggregators’ other products and guidelines. There are many creative and responsible products available today. For example, with the availability of insurance products, a mortgage banker can originate what may not be considered a qualified mortgage and yet obtain protection against rep and warrant risk nonetheless.

There is also an opportunity to become more efficient when trading. The secondary market dictates the rates lenders can offer, which means there is a direct correlation between efficient trading and being competitive on mortgage rates. Lenders should consider embracing new, more sophisticated approaches to trading. What the TILA-RESPA Integrated Disclosures rule made apparent is that those who are prepared from a technology standpoint have much to gain in an industry that is quickly growing old. Change is a constant, and whether regulation is being added or reduced, the mortgage industry must be technologically prepared on both the front end of the process and the back.

This trend, which seems to give the tech-savvy an advantage, should carry into the future as the industry faces a coming wave of millennial borrowers, as well as millennial originators. As they say, the best time to prepare for a storm is when the sun is shining.

Q: What are the biggest pain points for lenders and investors in the trading process today?

Wolf: The better question is, “What would I be concerned about in the current trading process?” As a business owner, I would be asking myself, “Is my process as secure and efficient as it could possibly be? How antiquated are my current processes?” Traders today may feel that their processes are airtight and sensible, but a closer look reveals vulnerabilities and inefficiencies that could be solved by uniformity in process, procedures and platform. Many traders still work from Excel models and often create their own processes and systems due to a lack of a common platform.

Because of a historical period of low rates, consideration of these security risks and inefficiencies has hardly been a focus. But as rates rise, you can expect business owners to start looking more closely at their secondary execution, which is an integral process in their value chain. What many may not yet know is that there are technologies available that can remove their exposure to process risk while eliminating the inefficiencies caused by the lack of uniformity in bulk trading systems.

Discovery is another challenge. It can be difficult today for buyers and sellers to find each other. The market is fragmented, there are countless systems that aren’t connected, and there are holdouts that don’t use any system other than a phone call to a known counterpart. Even when they’ve been connected, getting counterparties approved and delivering to each other can be clunky, cumbersome and slow.

Another pain point is the post-sale process in which documents are exchanged and servicing is established. This process, often done manually, can lead to inconsistencies and loss of efficiencies.

The common theme across these issues is that they are disorganized processes. The solution is to establish a workflow platform that does the following:

The market is ripe for a viable whole loan trading platform to unify the industry and create a smart, efficient, secure environment for all participants.

Q: What effect has prolonged low rates had on lenders, and what do they need to do to prepare as rates begin to increase?

Wolf: The prolonged low rates have allowed less disciplined lenders to survive and thrive. The reality is that some lenders may have to reduce their headcount as refinance activity slows. As this happens, it will be a good time to consider third-party models for the ebb and flow of rate changes and to consider technology as an approach to managing future originations or volume spikes. This could mean adapting a millennial solution to production, such as e-notes or e-mortgages; adding new products to fill the void of declining refinances; or integrating a trading platform for secondary execution that would bring uniformity, security and efficiency to future secondary execution. All considerations should be on the table.