The Consumer Financial Protection Bureau (CFPB) plans to further relax its Home Mortgage Disclosure Act (HMDA) rules and may be making additional rule changes in the near future.

Earlier this month, the bureau issued a notice stating that it was considering raising the coverage thresholds for collecting and reporting data about closed-end mortgage loans and open-end lines of credit established by HMDA.

Last year, the bureau relaxed some of the HMDA rules by exempting insured depository institutions and credit unions that originated less than 25 closed-end mortgages during a two-year period from certain reporting requirements.

In addition, the change exempted insured depository institutions and credit unions that originated less than 500 closed-end mortgages or 500 open-end lines of credit in each of the two preceding years from certain reporting requirements.

Now, the CFPB is proposing to further relax the reporting requirements by increasing the threshold for closed-end mortgages to either 50 or 100 mortgages during a two-year period.

In a statement, Kathy Kraninger, director of the CFPB, says the proposed changes “would provide much needed relief to smaller community banks and credit unions while still providing federal regulators and other stakeholders with the information we need under [HMDA].”

“The public is encouraged to submit their comments on the proposals, which will be considered by the bureau before the next step is taken,” she adds.

Earlier this week, the bureau announced that it plans to periodically review its regulations and may amend or even abolish existing rules.

This periodic review is required under the Regulatory Flexibility Act, which mandates that all federal agencies review their rules within 10 years of their enactment and consider how those rules impact small businesses.

As part of this review process, the bureau must determine whether a particular rule should stand in its current form, be revised, or be done away with completely.

The CFPB says it will consider the following factors when determining how to proceed with the rule review:

These reviews will “generally be separate from and in addition to” other reviews of existing regulation, the CFPB says.

However, the bureau does not specifically say which rules it plans to review, so, at this point, it is difficult to predict whether this will lead to specific changes to regulations affecting mortgage lenders or servicers.

As part of that notice, the CFPB is also seeking comments about the “costs and benefits of requiring that institutions report certain commercial-purpose loans made to a non-natural person and secured by a multifamily dwelling.” 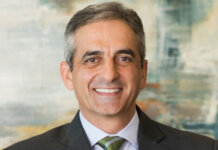 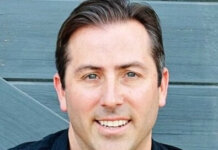