In response to feedback it received from the mortgage industry in 2018, the Consumer Financial Protection Bureau (CFPB) is taking steps to improve its controversial consumer complaint database.

Among the changes, the bureau plans to “prominently display disclosures making it clear that the consumer complaint database is not a statistical sample of consumers’ experiences in the marketplace.”

The revamped website will also highlight “the availability of answers to common financial questions for consumers to help inform them before they submit a complaint” and “consumers’ ability to contact the financial company directly to get answers to their specific questions.”

Additionally, the bureau will be adding dynamic visualization tools on recent complaint data.

The bureau says it also plans to “explore expansion of a company’s ability to respond publicly to individual complaints listed in the database,” as well as “ways to put the complaint data in context of other data, such as by incorporating product or service market share and company size.”

“Since its inception, the consumer complaint database has not been without controversy,” says Kathleen Kraninger, director of the CFPB, in a release. “When the bureau asked for feedback in 2018, we received nearly 26,000 comments from a wide array of stakeholders including government officials, consumer groups, companies, academics, and individual consumers.

“After carefully examining and considering all stakeholder and public input, we are announcing the continued publication of complaints with enhanced data and context that will benefit consumers and users of the database while addressing many of the concerns raised,” Kraninger adds. “The continued publication of the database, along with the enhancements, empowers consumers and informs the public.”

In a statement, Robert Broeksmit, CMB, president and CEO of the Mortgage Bankers Association (MBA), says the MBA “appreciates the bureau’s willingness to make changes to the consumer complaint database so it will be a better resource for consumers and provide a more accurate depiction of industry performance.”

“The changes announced today by Director Kraninger, and the work in the months ahead, will allow consumers to make better informed and educated decisions with the information the bureau collects and publishes through its complaint portal,” Broeksmit adds.

Although there have been past efforts to have the complaint database repealed or at least taken out of public view, the CFPB announced that it will “continue the publication of consumer complaints, data fields and narrative descriptions.”

The narratives have been a particularly thorny issue for opponents of the database, who argue that they allow for errors and omissions and give consumers too much latitude for making unverified accusations.

Another issue that the CFPB still has not addressed with this most recent round of enhancements: Verification of consumer complaints. 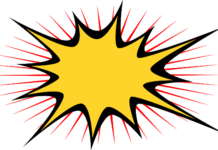