The first rule, the General QM Final Rule, replaces the current QM rule which requires that a consumer’s debt-to-income ratio (DTI) not exceed 43% with a limit based on the loan’s pricing.

In addition, the CFPB has opted to keep the GSE “Patch” in place until July 1, 2121, or until the GSEs are taken out of conservatorship, whichever comes first.

The bureau says the two new QM rules will help ensure a smooth and orderly transition away from the Patch and maintain access to responsible, affordable mortgage credit upon its expiration.

Under the General QM Final Rule, a loan receives a conclusive presumption that the consumer had the ability to repay if the annual percentage rate does not exceed the average prime offer rate for a comparable transaction by 1.5 percentage points or more as of the date the interest rate is set.

A loan receives a rebuttable presumption that the consumer had the ability to repay if the annual percentage rate exceeds the average prime offer rate for a comparable transaction by 1.5 percentage points or more but by less than 2.25 percentage points.

“Through this General QM Final Rule, we are working to create an appropriate, more flexible General QM loan definition,” says Kathleen L. Kraninger, director of the CFPB, in a statement “Our final rule’s price-based approach strikes the best balance between assessing consumers’ ability to repay and promoting access to responsible, affordable mortgage credit.”

The bureau also is encouraging innovation in the mortgage origination market through the issuance of the Seasoned QM Final Rule.

This is a new category of QMs for first-lien, fixed-rate covered transactions that have met certain performance requirements, are held in portfolio by the originating creditor or first purchaser for a 36-month period, comply with general restrictions on product features and points and fees, and meet certain underwriting requirements.

“This Seasoned QM Final Rule will ensure access to responsible, affordable credit in the mortgage market through responsible innovation,” Kraninger says. “Allowing lenders the flexibility to respond to changes in the economy while still ensuring a consumer has the ability to repay will help many consumers achieve their dream of owning a home.”

The General QM Final Rule will have a mandatory compliance date of July 1, 2021.

In a statement, Bob Broeksmit, CMB, CEO and president of the Mortgage Bankers Association, says “the revisions to these rules will preserve and expand responsible access to affordable credit while retaining core consumer protections.”

“In particular, these rules remove cumbersome requirements for non-traditional sources of income and expand consumers’ choices,” Broeksmit says. “MBA appreciates the bureau’s effort to seek stakeholder input, and we look forward to continuing to work together on other issues aimed at protecting consumers.”

Charlie Oppler, president of the National Association of Realtors, also commended the CFPB for “replacing the QM rule and its onerous 43 percent debt-to-income requirement while working to balance the best interests of consumers, American real estate and our nation’s economy.”

“As underwriting remains critical to the American Dream of homeownership, NAR believes this final rule must be flexible enough to serve all communities, including individuals with non-traditional income documentation,” Oppler says. “And with the pandemic straining the finances of so many, it is even more critical for this rule to intentionally consider and address the ongoing impact on housing access and affordability.” 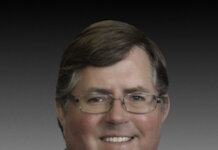 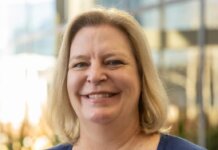 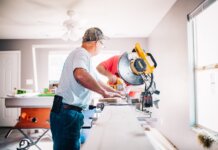