American consumers lost some confidence in the housing market in October, according to Fannie Mae’s Home Purchase Sentiment Index (HSPI), which fell 2.7 points to a score of 88.8.

It should be noted, however, that the drop follows a survey high set in August.

The net share of survey respondents who said it was a good time to buy a home fell seven percentage points compared with the previous month.

The net share who said it was a good time to sell fell three percentage points.

In addition, the share who reported that their household income was significantly higher compared with 12 months earlier fell five percentage points.

Of the index’s six components, only one saw an increase: The net share of Americans who said they are not concerned about losing their job increased three percentage points.

“The ‘good time to buy’ component has declined notably, despite low mortgage rates, due in part to the persistent challenge of a lack of affordable housing supply,” Duncan says. “In turn, the net share of consumers expecting home prices to increase over the next 12 months has fallen to its lowest reading in seven years.

“Still, low mortgage rates and a strong labor market are supporting the index’s overall strength, which is consistent with our expectation for a modest expansion in home purchase activity in the fourth quarter,” Duncan adds. 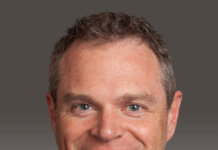