The number of U.S. homeowners who were “underwater” on their properties continued to decrease in the third quarter, falling 9% compared with the second quarter to 2.5 million homes, or 4.9% of all mortgaged properties, according to CoreLogic.

What’s more, the firm’s data shows that the total number of underwater properties fell by 22% compared with the third quarter of 2016, when 6.3% of homes (3.2 million) were underwater.

Despite the improvement, about 2.5 million residential properties with a mortgage were still in negative equity.

CoreLogic estimates that roughly 63% of all homeowners in the U.S. have a mortgage. Those homeowners have collectively seen their equity increase 11.8% year over year, representing a gain of $870.6 billion since the third quarter of 2016.

“Homeowner equity increased by almost $871 billion over the last 12 months, the largest increase in more than three years,” says Frank Nothaft, chief economist for CoreLogic. “This increase is primarily a reflection of rising home prices, which drives up home values, leading to an increase in home equity positions and supporting consumer spending.”

“While homeowner equity is rising nationally, there are wide disparities by geography,” adds Frank Martell, president and CEO of CoreLogic. “Hot markets like San Francisco, Seattle and Denver boast very high levels of increased home equity. However, some markets are lagging behind due to weaker economies or lingering effects from the Great Recession. These include large markets such as Miami, Las Vegas and Chicago, but also many small- and medium-sized markets such as Scranton, Pa., and Akron, Ohio.” 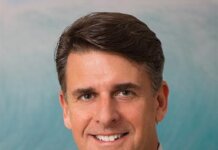