About 24% of the 41,649 nonperforming loans (NPLs) that government-sponsored enterprises (GSEs) Fannie Mae and Freddie Mac had auctioned through May were “resolved,” with about 12% of those having gone through foreclosure, according to a report recently released by the Federal Housing Finance Agency (FHFA).

The pools of loans sold as of the end of May had an aggregate unpaid principal balance (UPB) of about $8.5 billion, according to the report.

The loans had an average delinquency of 3.4 years and an average loan-to-value ratio of 98%, not including capitalized arrearages. The average period of delinquency ranged from 1.8 years to 6.3 years.

Roughly half of the properties secured by the loans are located in New Jersey, New York and Florida. These three states account for 49% of NPLs sold and also accounted for 47% of the enterprises’ loans that were one year or more delinquent as of Dec. 31, 2014.

The report shows that servicers of the NPLs that had established contact with the borrower, co-borrower or trusted advisor had a much higher rate of non-foreclosure outcomes as opposed to when the servicer was unable to establish contact.

Not surprisingly, NPLs where the property was vacant had a much higher rate of foreclosure – 21.3% versus 8.5% for borrower-occupied properties.

“While this provides a minimum of six months post-settlement for reporting borrower outcomes, new servicers typically take one to two months to complete servicing transfers after settling an NPL sale,” the report states. “Consequently, some NPLs have been with the new servicers less than six months.”

Freddie Mac announced last week that Community Loan Fund of New Jersey Inc., a nonprofit, is the winning bidder on a pool of 189 deeply delinquent NPLs recently auctioned by the GSE.

The loans – which have a total UPB of about $43.7 million – are currently being serviced by Bayview Loan Servicing. The transaction is expected to settle in September. 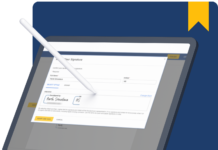