The Federal Housing Finance Agency (FHFA) and the U.S. Department of the Treasury (Treasury) have amended Fannie Mae and Freddie Mac’s Preferred Stock Purchase Agreements (PSPAs) in order to enable to the government-sponsored enterprises (GSEs) to continue to retain earnings until they satisfy the requirements of the 2020 GSE capital rule.

The amendment is a relatively small step in the gargantuan task of transitioning the GSEs out of conservatorship – a job which the FHFA, under Calabria’s leadership, along with the Treasury have been working on for the past several years. It is currently unclear whether the Fannie and Freddie will become fully privatized under the Biden Administration but the FHFA is staying the course.

“Today’s agreement that allows Fannie Mae and Freddie Mac to continue retaining earnings is a step in the right direction, but more hard work remains,” says Mark Calabria director of the FHFA, in a statement. “Capital at Fannie Mae and Freddie Mac protects the housing finance system and taxpayers. Retained earnings alone are insufficient to adequately capitalize the GSEs. Until the GSEs can raise private capital, they are at risk of failing in the next housing crisis.”

Additionally, Treasury has agreed that Fannie and Freddie can raise private capital and exit conservatorship once certain conditions are met.

To facilitate GSE equity offerings, Treasury has committed to work to restructure its investment in each GSE.

In a statement, Bob Broeksmit, CMB, president and CEO of the Mortgage Bankers Association (MBA), says the plan for ending conservatorship “preserves and extends a level playing field for lenders of all sizes and business models while avoiding near-term measures that could have threatened market stability.”

“[The] MBA has cautioned that a premature release of the GSEs from conservatorship could roil the mortgage market, hurting borrowers, savers and investors and harming a fragile economy still recovering from the ravages of the pandemic,” Broeksmit says. “While MBA is still reviewing the specifics of the amendments, we are pleased with several provisions and will carefully analyze others, including the potential impact of limiting the GSEs’ purchases of certain categories of loans.

“It is critically important that measures to guide the GSEs’ market footprint carefully balance the need for them to meet their affordable housing mission for both single-family and multifamily homes,” Broeksmit says. “Some of the provisions may prove inflexible during market stress, and it will be vital for FHFA and the Treasury Department to monitor those impacts and remain open to changes as necessary, especially for untested standards.

“Also, MBA continues to agree with Treasury that Congress must play a role in any substantive housing finance reform – particularly by providing an explicit federal guarantee on securities issued by the GSEs,” he adds. “We look forward to working with the incoming Biden administration, Treasury Secretary designee Janet Yellen, Congress, and FHFA to continue strengthening both the single-family and multifamily mortgage segments, ensuring deep and liquid markets for affordable housing finance through all economic cycles.” 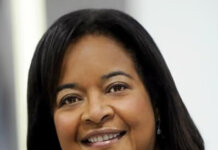 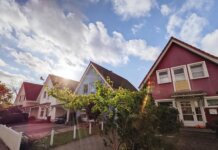 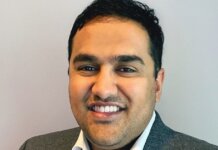