How will tax reform – in particular, the cap on state and local tax deductions and the new cap on the mortgage interest deduction – impact the housing and mortgage markets?

According to Dr. Jonathan Silberman, Professor of economics at Oakland University, and Tim Hodge, an Assistant Professor in the university’s Department of Economics, the recent changes to these tax incentives won’t have much of an impact on the overall housing market – however, some segments within the industry could be affected.

Silberman is the creator of the Southeast Michigan Economic Data Center (SEMEDC), which provides state-of-the-art information and analysis on economic, demographic and business trends in southeastern Michigan. Recently, mortgage lender Flagstar Bank announced a partnership to expand SEMEDC’s analysis of key economic trends and bring its insights to a broader audience.

Q: First, tell us about Flagstar Bank’s partnership with Oakland University and this plan to bring economic trends and data to a wider audience?

Silberman: In the school of business at Oakland University, we have opened a data center that focuses on the southeastern Michigan economy, i.e., the greater Detroit area. We do two things in that data center. First, we have general data displays about the local economy – for example, the labor market. So, we have detailed labor market information on the metro Detroit economy. Second, we regularly analyze and post insights about the local economy. For example, we had one report recently that tracked auto sales and local job growth.

nginx
As you might expect in Detroit, there’s a very strong relationship between auto sales and job growth. But in the past six months, there’s a new trend: Auto sales have declined, but job growth continues. So, that’s a positive sign.

So, we try to find pieces of information that are not readily available. And Flagstar is sharing that information with consumers by pushing it out on social media. We’re also trying to get the news media more aware of the data center and the information that we have so that people can be more informed about the local economy and make better business decisions.

The unique feature of the data center is that it is automatically updated—so it’s always current. We have data on the real estate industry, automobile industry, labor market, building permits, vacancies, consumer prices, population and so on.

Q: How much do you think the adjustment to the cap on the mortgage interest deduction will impact the housing market?

Hodge: The cap is now at $750,000, whereas previously it was at $1 million, and it only applies to mortgage debt after Dec. 15 of last year. So, older homes still get this $1 million cap. It won’t have a large impact on most of the homes in the luxury market, except for those in the $750,000 to $1 million range, which is not a huge range.

This is perhaps going to give a disincentive for people already in these $1 million homes to move, or those thinking about trading-up to homes that are more than $750,000. And it is perhaps constraining the already-tight supply of high-end houses, excluding, of course, any markets on the coasts, where homes in the $750,000 to $1 million range are the norm.

But when it comes to luxury homes, most buyers don’t think about their purchase in terms of a tax cap. There’s other more important factors to be considered: What is the mortgage interest rate? What is their income? What are their life decisions? It’s the human factor. There is an emotional aspect to buying these properties. There might be a lifestyle perspective that outweighs any consideration of the mortgage interest deduction.

But, nationally, this will mostly affect those markets on the East and West coasts.

Q: What of the new $10,000 cap on state and local tax deductions? Will that have any impact on the housing and mortgage markets?

But again, the decision to buy a home is not just about the taxes. It’s life decisions, proximity to employment, school districts and so on. Also, the supply of existing homes, especially on the coasts, is keeping home prices high. So, you would expect that this particular feature of the tax law would have even more of an impact than mortgage interest deductibility, particularly in these markets that have very high state and local taxes.

Q: Do you think that the changes in the tax code will stimulate business fixed investment? And do you think that jobs and wages will follow, leading to increased home sales?

nginx
Silberman: In the long run, there’s only two ways to make the economy grow: to increase productivity and have more people working. The U.S., for a number of years, including the years leading up to the Great Recession, has had relatively slow economic growth. Productivity has been low, and labor force participation has been low.

Now, there’s been a lot of debate among economists as to why we have low productivity, and I don’t think there’s any real consensus. These discussions run from, “We’re mis-measuring productivity because the structure of the economy has changed,” to, “We’ve run out of all the great innovations that we had much earlier, like electricity, elevators, steam engines – and now all we have is the iPhone X, and it’s not quite the same.”

At the same time, fixed business investment has not been that strong. But I think there is widespread support for the general idea that if you can get more business fixed investment, that’s capital-deepening, workers will then learn to use that capital and new equipment, and productivity will increase.

Q: What about the problem of low inventory? Do you think the new tax code will help stimulate the residential home construction market and get more inventory online?

Silberman: Home builders will benefit from tax reform – like every other industry – by having their effective tax rates reduced, which will give them more income. They also gain a benefit from the immediate expensing – that means that the cost of acquiring more land and building more inventory has been reduced. So, yes, it could have an impact.

But the other thing to think about here are the barriers to new home construction, which are local. Zoning requirements, permits, infrastructure demands – all the local and state regulation. So, I think there needs to be a focus on the state and local level to see if some of these barriers can be removed to increase the supply of housing.

Q: Is there anything lenders can do to address the problem of lack of inventory?

Silberman: I think the construction-to-permanent program from Flagstar Bank is an excellent example of how construction loans can help stimulate new home construction – and how lenders are getting more creative with new home financing. I think lenders can also help the home construction companies invest in new technologies and finance new methods for improving production.

Q: What about the impact of tax reform on personal income? Do you think the increase in the standard deduction could end up putting more money in people’s pockets?

Hodge: People will choose the standard deduction, as opposed to itemizing, a lot more. But just because that happens doesn’t necessarily mean that families will have more disposable income for home purchases. It might be directed toward other things.

As we have said, the decision to buy a home is often tied to other life events or life decisions, such as a new job and the need to be in close proximity to that new office. A new child coming and school district matters. Buyers are often more directed by these decisions than they are by tax implications.

It just so happens, though, that this is coming at a time when Millennials are now starting to have families and think about homeownership. This is a cohort that has been renting for so long – and I think that is perhaps a bigger factor. 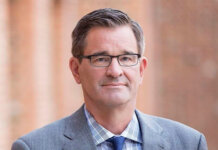 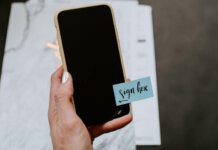