U.S. home prices eked out an increase in May, rising just 0.1% on an adjusted basis compared with April, according to the S&P CoreLogic Case-Shiller Indices.

The index’s 10-city and 20-city composites were flat, on an adjusted basis, compared with the previous month.

On a non-adjusted basis, home prices increased 0.7% nationally in May compared with April, while the 10-city and 20-city composites posted increases of 0.3% and 0.4%, respectively.

“May’s gains were less than April’s,” says Craig J. Lazzara, managing director and global head of index investment strategy at S&P Dow Jones Indices. “Although prices increased in May … they did so at a decelerating rate.

“We observed an analogous development at the city level: prices increased in all 19 cities for which we have data, but accelerated in only three of them, in contrast with 12 cities last month and 18 the month before that,” he adds.

So are home prices expected to flatten – or even decrease – in the months to come? With such limited supply?

“More data will obviously be required in order to know whether May’s report represents a reversal of the previous path of accelerating prices or merely a slight deviation from an otherwise intact trend,” Lazzara says. “Even if prices continue to decelerate, that is quite different from an environment in which prices actually decline.”

Phoenix, Seattle and Tampa reported the highest year-over-year gains among the 19 cities (excluding Detroit) in May.

Phoenix led the way with a 9.0% year-over-year price increase, followed by Seattle with a 6.8% increase and Tampa with a 6.0% increase.

In a statement, Bill Banfield, executive vice president of capital markets for Quicken Loans, points out that home prices increased during March, April and May, despite the impact of the COVID-19 pandemic.

“With inventory low and a recent surge of homebuyers interested in finding a home where they can feel comfortable no matter what life presents them, we will likely see steady increases through the rest of the summer,” Banfield says.

“Housing market activity stands as a shining light for the U.S. economy and households during these challenging times, and continued demand highlights the importance of housing,” Hepp says in a post on the CoreLogic Insights blog. “Under the current economic circumstances, the safety and stability homebuying provides may have become even more critical for families. While recent data shows that the current resurgence in COVID-19 cases undermines the sustainability of economic recovery – and may restrain available for-sale homes – home buying fundamentals driven by demographics and favorable mortgage rates suggest housing demand will remain solid.”

Earlier this month, Frank Nothaft, chief economist at CoreLogic, in the firm’s home price index report, which is separate from Case-Shiller, said, “By the end of summer, buying will slacken and we expect home prices will show declines in metro areas that have been especially hard hit by the recession.” 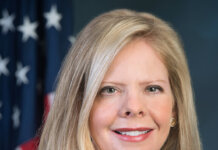