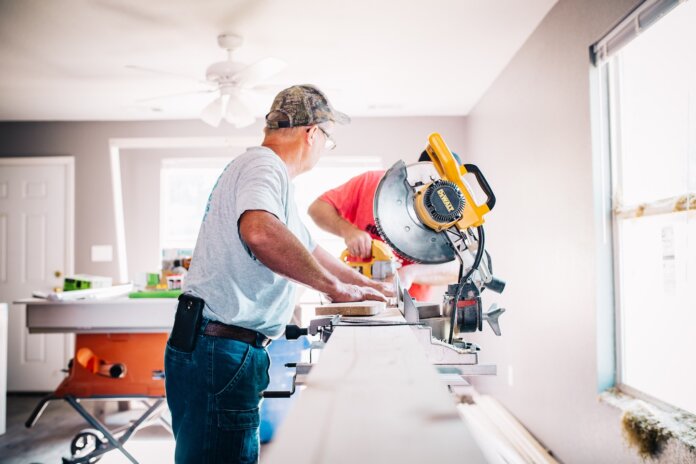 Despite supply-side constraints and a lack of skilled labor, housing starts jumped an impressive 6.8% in February compared with January to reach a seasonally adjusted annual rate of 1.769 million, according to estimates from the U.S. Census Bureau and the U.S. Department of Housing and Urban Development.

Regionally, and month over month, combined single-family and multifamily starts were up 28.7% in the Northeast, 15.3 % in the Midwest and 11.4% in the South. However, they were down 11.4% in the West.

Building permits were at a seasonally adjusted annual rate of 1.859 million, representing a decrease of 1.9% compared with the previous month but an increase of 7.7% compared with February 2021.

Housing completions reached a seasonally adjusted annual rate of 1.309 million – an increase of 5.9% compared with January but down 2.8% compared with February 2021.

“Builders continue to start homes as the demand for new construction remains solid in a market lacking inventory of previously owned homes,” says Jerry Konter, chairman of the National Association of Home Builders (NAHB), in a statement. “However, construction costs are rising too quickly, which threatens housing affordability conditions in 2022 as interest rates rise.”

“The February pace for apartment construction was the best since January 2020 and we expect the multifamily sector to continue to show strength as the economy reopens,” says Robert Dietz, chief economist for NAHB. “On the single-family front, the count of homes permitted but not started construction reached a four-month high in February, rising to 152,000. This is an indication of the ongoing supply-chain delays and cost issues that are limiting the pace of home building in many markets.”

“The 12 percent month over month increase in single-family completions signals a pickup in immediate housing supply relief,” Kushi says in a statement. “However, it’s important to note the gap between starts and completions, which is much higher than pre-pandemic and partially due to supply shortages of construction inputs delay the delivery of finished homes.”

In the months yo come, builders will likely continue to face headwinds including lack of building supplies, rising costs and a general shortage of skilled labor.

“Lack of labor and materials are persistent headwinds to increasing the pace of new construction,” Kushi says. “The number of single-family homes authorized, but not started was 25 percent higher year over year and up 2 percent month over month – builders have a backlog of uncompleted homes to get through before they can break ground on new projects.”

“The number of single-family homes under construction increased to the highest level since 2006,” Kushi notes. “While builders are continuing to push to meet demand, supply-side headwinds slow the home-building momentum at a time when the housing market desperately needs more supply relief.”

Kushi further notes that jobs data reported in January show “that the ratio of construction hires per job opening, a measure of how easily employers can turn openings into new employees, dipped to a new record low.”

“This decline implies that hiring is much more difficult now than ever before,” she adds.