For the week ending May 22, mortgage applications increased 2.7 percent from a week earlier, according to data from the Mortgage Bankers Association’s (MBA) Weekly Mortgage Applications Survey.

“The housing market is continuing its path to recovery as various states reopen, leading to more buyers resuming their home search,” says the MBA’s Joel Kan. “Purchase applications increased 9 percent last week – the sixth consecutive weekly increase and a jump of 54 percent since early April. Additionally, the purchase loan amount has increased steadily in recent weeks and is now at its highest level since mid-March. 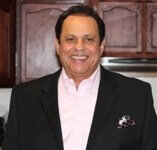