The U.S. mortgage delinquency rate inched up 1.95% in February compared with January but was down about 15% compared with February 2019, according to Black Knight’s First Look report.

The foreclosure rate in February was the lowest it’s been since 2005, and within one basis point of an all-time low, Black Knight says.

That’s the lowest number of foreclosure starts for any month since Black Knight began publicly reporting the metric in January 2000.

Black Knight says the month-over-month increase in the prepayment rate was due to falling mortgage rates in January and February, which had begun to impact refinance activity. 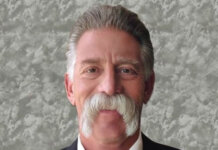