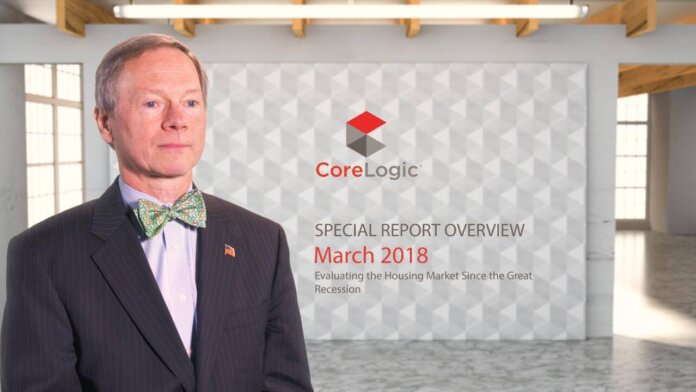 CoreLogic’s Loan Performance Insights Report for December 2019 shows that, nationally, 3.7% of mortgages were in some stage of delinquency that month, representing a 0.4 percentage-point decline in the overall delinquency rate compared with December 2018, when it was 4.1%.

This was the lowest rate for a December in more than 20 years.

Last December’s foreclosure inventory rate tied the prior 13 months as the lowest for any month since at least January 1999.

This is the lowest serious delinquency rate experienced since June 2000.

“The mortgage market had another solid year in 2019, and loan performance across the country continues to show improvement,” adds Frank Martell, president and CEO of CoreLogic. “The longest economic expansion in history helped serious delinquency rates reach a 20-year low. As mortgage rates continue to fall in the wake of recent global events, we may see homeowners refinance into lower-monthly payments, or into shorter-term mortgages, which can further reduce delinquency and foreclosure risk.”

Calm Before the Storm? Foreclosure Filings Lowest Ever