After reporting in September that mortgage servicer retention rates increased in the second quarter as a result of increased refinance volume, the trend appears to have reversed in the third quarter.

Mortgage servicers saw their retention rates of refinance customers fall during the third quarter, with just 22% being retained, according to Black Knight. That’s down from 24% in the second quarter.

The decrease came despite the fact that refinance volume had nearly doubled during the first three quarters of 2019.

The trend is somewhat baffling when considering that the bulk of the increase during the last three quarters has been in rate/term refinances, which are typically easier business for servicers to retain.

“After hitting an 18-year low in the fourth quarter of 2018, refinance lending has nearly doubled since then,” says Ben Graboske, president of Black Knight’s data and analytics division, in the firm’s most recent Mortgage Monitor report. “The bulk of that increase was driven by people refinancing to improve the rate or term on their current mortgage, with five times the number of such rate/term refis as there were in the fourth quarter of 2018.

“Cash-out refinances were up as well, although by a more modest 24 percent over the same period,” Graboske says. “Still, cash-outs made up 52 percent of all third quarter refinances, with homeowners withdrawing more than $36 billion in equity, the highest amount withdrawn via cash-outs in nearly 12 years.

“Given that tappable equity continues to grow – $6.2 trillion as of the third quarter – and the continued headwinds facing the HELOC market, this is a segment lenders and servicers may likely focus on in coming months,” Graboske adds. “Any upward movement in rates would likely only drive the cash-out share of lending higher.”

So why did servicers see their retention rates fall in the third quarter?

It’s a mix of different reasons.

“While refinance activity is up across the board, the characteristics of refinancing borrowers – along with their motivation and ‘trigger points’ to refinance – are anything but uniform,” Graboske says. “Advanced portfolio and market analysis can help servicers better understand changing borrower dynamics and tune their strategies accordingly.”

And more than four out of every five cash-out borrowers was lost post-refinance in the third quarter.

“That’s the lowest retention rate among that segment in more than two years,” Graboske says. 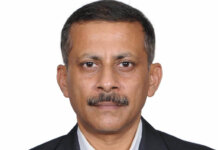 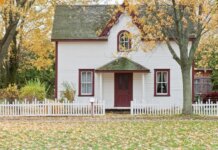