The new common securitization platform being developed by government-sponsored enterprises (GSEs) Fannie Mae and Freddie Mac should be ready to go live later this year, a panel of experts said during the recent Mortgage Bankers Association Secondary Market Conference and Expo.

The multiyear initiative involves replacing the companies’ slightly different securities with a single security and developing a new platform to bundle and sell the single security into the secondary market.

“Right now, there are really two separate markets – one for Fannie Mae and one for Freddie Mac – and by creating a single security, we will greatly improve liquidity,” Fishman said. “Secondly, we want to reduce the trading disparities between the two enterprises’ securities. As you know, Freddie Mac’s security trades back from Fannie Mae’s – and that costs both Freddie Mac and the U.S. Treasury money every year.”

Once the new platform is up and running, it could eventually open it up to other secondary market participants.

The new platform is being developed by Common Securitization Solutions (CSS), a joint venture that Fannie Mae and Freddie Mac established in 2013 at the direction of the FHFA. Last year, it was announced that CSS had already released a beta version of the platform and that it was being tested by the enterprises.

David Applegate, CEO of CSS, explained that “the platform itself is going to be a combination of technology – applications to perform specific functions – and the operational support to do that. The core functions include traditional security issuance; ongoing administration of those securities, including processing monthly payment file and tax matters; and lastly, the ongoing disclosure activity and the issuance of disclosures.

“CSS is the legal entity that owns and manages the platform,” Applegate added. “It has about 500 employees and is 50/50 owned by Fannie and Freddie. Right now, our aim is to come out with Release 1 in this calendar year to support Freddie Mac’s Single-Family Single-Class security issuance administrative activity. Release 2, to be delivered in 2018, is in support of the [new single security] and all the multi-class issuance …”

Although the FHFA and the GSEs are yet to announce firm dates for the releases, Renee Schultz, senior vice president of capital markets, single-family products, for Fannie Mae assured the audience that the rollout of the second release will be announced at least 12 months ahead of time.

“I think [the] FHFA will be able to provide an official start date for some time in 2018,” said Mark Hanson, senior vice president of securitization for Freddie Mac. “But for those who need that early runway, now is the time to prepare for it.”

“Largely, as lenders work with Fannie and Freddie – as guarantors – not a lot is changing,” Schultz added. “You’ll still have the same relationships – and you’ll still be using the same seller and servicer guides. But the way that you hedge and the way you manage your risk will start to be affected by this single security market.”

For that reason, she said, the industry has to start preparing now, if not at least so everyone understands the potential impacts.

“A big part of this is Fannie and Freddie getting their legacy securities to work on the new platform,” Hanson said. “Beyond that, we have to work with the market to explain what this change is, give sufficient warning, and to prepare for it and all the trappings around it. Renee and I have been working a lot with the industry, particularly the third parties that make up the TBA market – the electronic trading platforms, the analytics services, the pricing services, the hedging services – to make sure they’re ready to be toggled over …”

An interesting question that came up during the session is how the single security and the CSP might affect servicers’ processes for remitting servicing information to the enterprises.

“It doesn’t affect them initially,” Applegate explained. “When the platform was initially conceived, we agreed that it could provide a lot of functionality to the market. But what we did, over time, was narrow the focus to bond administration. So, our focus begins there. But over time, it could be opened up servicing and a variety of other functions in the market. But at its onset, servicers will continue to work with Fannie and Freddie as they do now.”

In developing the new structure, the FHFA has acknowledged that the single common security will be more like the current Fannie Mae structure than it is like the Freddie Mac structure, and, therefore, legacy Fannie Mae mortgage-backed securities would likely be fungible with the single security. 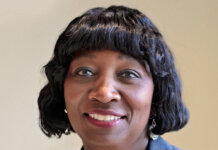 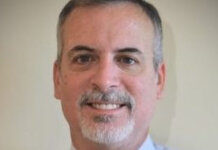