ew home sales in July surged to a seasonally adjusted annual rate of 901,000, an increase of 13.9% compared with June and up 36.3% compared with July 2019, according to estimates from the U.S. Census Bureau and the U.S. Department of Housing and Urban Development.

It was the third consecutive month that new home sales increased on a month-over-month basis. What’s more, it was the strongest pace since 2006.

As of the end of the month there were about 299,000 new homes available for sale in the U.S. That’s about a four-month supply at the current sales rate.

“This is exactly what NAHB’s builder confidence survey has been indicating in recent months. Consumers are being driven by low interest rates, a growing focus on the importance of housing and a shift in buyers seeking homes in lower density areas,” says Chuck Fowke, chairman of the National Association of Home Builders (NAHB), in a statement. “Despite these positive conditions, affordability challenges remain especially as builders are dealing with building cost increases, including a dramatic rise in lumber costs in recent months.”

“New home sales are benefitting from the suburban shift, as prospective buyers seek out affordable markets in order to obtain more residential space,” adds Robert Dietz, chief economist for NAHB. “Moreover, sales are increasingly coming from homes that have not started construction, with that count up 34 percent year-over-year. In contrast, sales of completed, ready-to-occupy homes are down almost 24 percent. These measures point to continued gains for single-family construction ahead.” 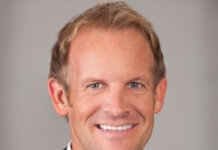