OneWest Bank, which was founded by Department of the Treasury Secretary Steven Mnuchin and other investors after they took over failing mortgage lender IndyMac, has reportedly agreed to pay $89 million to settle allegations that its Financial Freedom division improperly serviced reverse mortgages – with some of the alleged improprieties taking place while Mnuchin was chairman at the company.

OneWest – which was dubbed the “Foreclosure Machine” in the years following the financial crisis due to its foreclosure practices – and its reverse mortgage unit, Financial Freedom, was sold to CIT Group in 2015.

The settlement is in connection with Financial Freedom’s recovery of mortgage insurance payments from the Federal Housing Administration (FHA) that the company was allegedly not entitled to.

Through the FHA’s Home Mortgage Equity Conversion (HECM) program, a reverse mortgage lender is repaid the amount of a reverse loan, including the cost of servicing and any interest that accrues on expenses after the loan becomes due and payable upon the death of the homeowner or after the home is sold.

Through the program, the FHA reimburses lenders that are unable to recover the full amount of the loan. But in order to be reimbursed, the servicer of the loan is required to meet a number of regulatory requirements and deadlines.

According to the U.S. Department of Justice (DOJ), Financial Freedom billed for and received payment from the FHA, despite not fulfilling its duties.

More specifically, the company tried to obtain insurance payments for interest from the FHA despite “failing to properly disclose on the insurance claim forms that the mortgagee was not eligible for such interest payments because it had failed to meet various deadlines relating to appraisal of the property, submission of claims to [the U.S. Department of Housing and Urban Development], and pursuit of foreclosure proceedings,” the DOJ says in a release.

As a result of this error, the mortgagees on the reverse mortgage loans serviced by Financial Freedom “allegedly obtained additional interest that they were not entitled to receive,” the DOJ says. The alleged errors occurred from March 31, 2011, to Aug. 31, 2016. This was a violation of the False Claims Act and the Financial Institutions Reform, Recovery and Enforcement Act, the DOJ says.

According to the DOJ’s release, the investigation “arose from a declaration filed pursuant to FIRREA by Sandra Jolley, a consultant for the estates of borrowers who took out HECM loans. Under FIRREA, whistleblowers may file declarations concerning alleged violations of the statute and may obtain a share of the recovery.”

Jolley will receive $1.6 million from the settlement, the DOJ says.

“This settlement represents our office’s continued commitment to protecting the financial solvency of vital financial programs designed to benefit America’s seniors,” says Stephen Muldrow, acting U.S. attorney for the Middle District of Florida, in a statement. “HECM servicers must be held accountable for failing to adhere to FHA requirements that are designed to ensure the continued viability of the HECM program. We are pleased that Financial Freedom agreed to accept financial responsibility for these failures.” 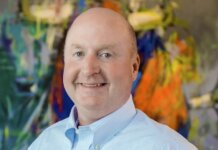