Lauren Reames has been promoted from processing manager of retention to vice president, national fulfillment, retention. Reames has been instrumental in building the company’s fulfillment unit. Reames started as a processor with Planet Home Lending in July 2017 and since then has built the retention processing unit to more than 60 people, with plans to continue growing.

In a release, Suzy Lindblom, chief operating officer for Planet Home Lending, says the internal realignments were made “to support our current size and the vision we have for the next five years.” 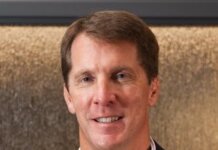