According to a new report from Redfin, $2.53 trillion in home sales will close in the U.S. by the end of the year, marking a 17% year-over-year increase – the largest annual percentage increase since 2013.

The combination of rising demand and surging home prices is fueling the increase. While home prices could grow more slowly if mortgage rates rise, that would result in a more balanced housing market, which could actually lead to more home sales, according to Redfin Chief Economist Daryl Fairweather.

“We expect 2021 to be an even more active year for the housing market than 2020, because home buyers have a better sense of what the future looks like,” she says. “Employers are providing clarity on permanent remote-work policies, the economy is recovering and mortgage rates remain low. All of these factors mean that we’ll likely see even more buyers enter the market this year and in 2022.”

The South has consistently held the top spot but has inched further ahead in recent years. This is likely because it has more vacant land on which to build and has attracted out-of-town home buyers who are in search of affordability and space, Fairweather says. Seven of the 10 U.S. metros with the biggest net inflows in the first quarter were in the South.

“A lot of wealth from the coasts is shifting South,” she notes. “Affluent home buyers from New York and San Francisco have moved to places like Florida and Texas during the pandemic, which has fueled home sales and driven up prices in those areas.” 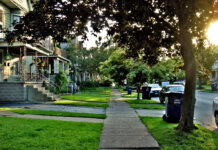 Redfin: The Sizzle of the Spring Market Is Beginning to Cool a Bit 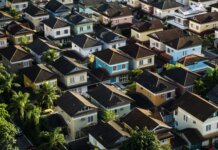