The Internet, media reports and congressional testimony are always rife with rumors and tall tales.

We can all rest easy now because, no, a U.S. destroyer did not collide with a building in downtown Houston during Hurricane Harvey and – no again – there’s no paint thinner in breakfast cereals.

But what about the claim that government regulations increase the cost of new home construction by 25%?

“NAHB survey data of builders has demonstrated that, on average, regulation imposed during development accounts for 16.4 percent of the price of a home built for sale; regulation imposed during construction accounts for 8.6 percent of the price,” said Granger MacDonald, speaking last year on behalf of the National Association of Home Builders (NAHB) before the House Financial Services Committee Subcommittee on Housing and Insurance.

“Thus, in total,” continued MacDonald, “25 percent of the price of an average single-family home built for sale is attributable to regulation imposed by all units of government at various points along the development/construction process. The regulatory burden includes costs associated with permitting, land development, construction codes and other financial burdens imposed on the construction process.”

If MacDonald is right, we’re talking about a lot of money. In July, the typical new home had a median price of $313,700, according to government figures, and 25% of that would be $78,425. No doubt, that’s sure a lot of cost, especially when you consider that the National Association of Realtors reported that for the same month, the median price of an existing home was just $258,300.

And, sure enough, there is research to support MacDonald’s claim: In 2011, a NAHB study found that “25.0 percent of the price of an average single-family home built for sale is attributable to regulation imposed by all units of government at various points along the development/construction process.”

“The discussion in this article is confined to regulatory costs. No attempt is made to estimate possible benefits resulting from a particular regulation, or category of regulations, or to argue that costs associated with particular regulations are (or are not) justified. Governments usually have justifications for the regulations they impose, and the justifications are sometimes contentious, but these contentions are better left for elsewhere. The issue of regulatory costs embodied in the price of a house is by itself complex and substantial enough for a separate article devoted to the topic.” (Italics theirs.)

“But there are legitimate arguments regarding how best to regulate new home construction – if we’re going to have that discussion, then we should mention both the costs and the benefits of these regulations,” he adds.

In other words, we could say that the cost of a new car is increased by regulatory requirements for such pesky things as bumpers, safety glass and air bags. The catch, of course, is that the benefit of such requirements is not going face-first through shards of glass in the event of an accident.

And zoos. Think about zoos. What separates you from being lion chow are regulations requiring some sort of barrier between you and a 550-pound cat.

You don’t have to look too deeply to understand that real estate regulations routinely make a lot of sense. Just ask: Do you want open sewers in front of your home, or do you want a requirement to install pipes? We could sure save a lot of money if only we had fewer sewers.

Think back to mid-June and the horrendous Grenfell Tower fire in London. A 24-story apartment building caught fire, and 80 people reportedly died.

According to the BBC, “The cladding – installed on Grenfell Tower in a recent renovation – has come under scrutiny, with experts saying a more fire-resistant type could have been used.

“Both the cladding and insulation on the outside of the building failed all preliminary tests by the police. The insulation samples burned more quickly than the cladding tiles. Documents obtained by the BBC suggest the cladding fitted during its refurbishment was changed to a cheaper version. They show the zinc cladding originally proposed was replaced with an aluminum type, which was less fire-resistant, saving nearly £300,000.”

Could a Grenfell Tower incident happen in the U.S.?

“In New York City, cladding must be tested and found to be fire-resistant before it can ever be put on a building,” reports The New York Times.

“The requirement dates to 1968,” says the Times, “and has been made more stringent since. Though retrofitted buildings may be held to different standards, new buildings are inspected upon completion to make sure that cladding was installed properly and that it matches the material that was tested. Facades on buildings taller than 75 feet are inspected every five years.”

So sure, let’s discuss construction regulation, but let’s also understand that quality, safety and public health are not free. If that seems unfair, just think about the cladding at Grenfell Tower and the people who perished there so terribly.

Peter G. Miller is a nationally syndicated newspaper columnist, the original creator and host of the AOL Real Estate Center, and the author of numerous books published by Harper & Row. 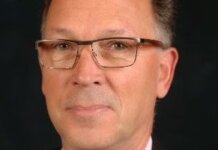 So the author doesn’t dispute the additional cost, or attempt to quantify the amount of justified extra cost?