It is not difficult to recognize the challenge posed by the so-called ‘shadow inventory’ to the origination market. The difficulty, however, comes in confirming a precise nature of the challenge.

Even if one could get a handle on an exact definition, a new challenge arises in trying to pin down a definitive quantity of properties within the shadow inventory.

‘The shadow inventory is estimated at a little over 2 million properties,’ says Selma Hepp, research economist at the National Association of Realtors.

‘We've passed the peak on shadow inventory,’ says Sam Khater, senior economist at Santa Ana, Calif.-based CoreLogic. ‘It is at 1.7 million. The peak was 2 million in January 2010.’

‘If we measure just by delinquent loans, it is close to 7 million,’ says Grant Bailey, managing director and head of U.S. residential mortgage-backed securities surveillance at Fitch Ratings. ‘Of these 7 million, close to 2 million are in foreclosure. That's a lot, relative to the number of houses sold annually, which averages 4.5 million.’

‘We look at it by totaling up the number of homes in 90-plus days delinquency and foreclosure, which is at 3.8 million,’ says Celia Chen, senior director at Moody's Analytics. ‘That is not much down from its peak of 4.12 million in the first quarter of 2010. In 2005, by comparison, the shadow inventory was approximately 750,000.’

Regardless of the exact number, few would argue that the shadow inventory has a negative effect on housing. For lenders seeking to originate new mortgages and for potential homeowners trying to sell their properties, the shadow inventory creates an endless amount of uncertainty. And since a weak housing market is at the core of the still-fragile economy, this rubs more salt in the proverbial wound.

‘Shadow inventory and real estate owned properties are still playing a dominant role in today's mortgage market and slowing the pace of economic recovery,’ says Craig Crabtree, senior vice president and general manager for Atlanta-based Equifax Mortgage Services. ‘While we are seeing stabilization across multiple sectors of lending, there remains a significant volume of delinquent first-mortgage loans, which has slowed the foreclosure process. Until these foreclosures are processed, the mortgage market will continue to impact economic growth.’

‘We all agree that we need greater price stability and enhanced originations in the marketplace,’ says Rydstrom. ‘Most argue that we need to enhance liquidation speeds to reach that goal. Although we need efficient but responsible liquidation, we also know that 'forced sales' cause pricing declines, asset devaluations, portfolio losses and mortgage servicing rights devaluations.

But is it possible to shrink down the shadow inventory? Khater believes that speeding up the foreclosure process is essential to doing so.

‘The quickest way to get rid of the shadow inventory is to flush it through the pipeline,’ he says. ‘We can either rip the Band-Aid off or slowly peel it off.’

Bailey concurs, but he points out that earlier efforts to shrink the number of foreclosed properties ran into problems, particularly when last year's robo-signing controversy put the servicing industry in a harsh spotlight.

‘Servicers have undergone a lot of scrutiny over the foreclosure process,’ he says. ‘That caused a lot of changes to their procedures and prevented resolution of a lot of distressed properties.’

Yet Diane Westerback, managing director at Standard & Poor's, points out that it could be impractical to believe this situation will abate quickly.

‘We're looking at an oversupply of housing that is two to 2.5 years above normal,’ she says. ‘The baseline is 18 to 24 months in a stable environment.’

‘The court system has ground to a halt in a lot of areas,’ she says. ‘This is impeding progress.’

But even if things were to abruptly improve, Hepp says that the combination of factors has also scared and soured many people from entering the housing market.

Cheryl Lang, president of Houston-based Integrated Mortgage Solutions, believes the lack of consumer confidence in housing will (pardon the expression) shadow the market for the foreseeable future.

‘Between REO and the shadow inventory, when will there be a housing recovery?’ she asks. ‘We're still kicking the can down the road. I see the shadow inventory looming over us for at least five years. This is mind-boggling in an age when we're not in a depression.’

(Please address all comments regarding this article to Phil Hall, editor of Secondary Marketing Executive, at hallp@sme-online.com.) 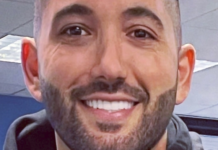 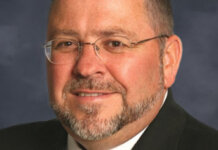