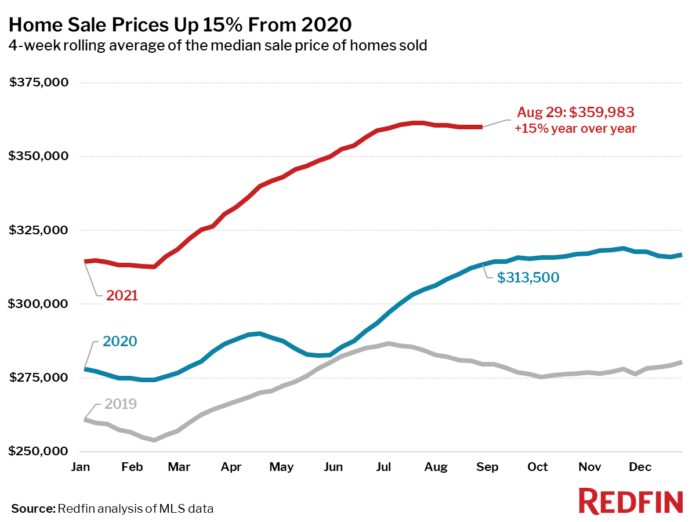 Pending home sales rose 9% in August, the slowest growth since June 2020, according to a new report from Redfin.

More home sellers have started slashing their prices – another sign of softening seasonal home buyer demand. Still, prices remain elevated, up 15% from a year earlier. Additionally, the actual number of pending sales fell to the lowest level since April 2021.

“The housing market has clearly become slightly more favorable to buyers,” says Redfin Chief Economist Daryl Fairweather. “Homes are taking longer to sell, which gives buyers more time to make thoughtful decisions about whether to make offers. Home prices have plateaued, so buyers shouldn’t feel rushed to buy before prices rise further. And the fact that more sellers are dropping their list price is a sign that sellers have to be realistic about their price expectations.”

The median home sale price increased 15% year over year to $359,983. Asking prices of newly listed homes were up 10% from the same time a year ago to a median of $354,665, the lowest level since late April. This was down 1.8% from the all-time high set during the four-week period ending June 27.

New listings of homes for sale were nearly flat (-0.1%) from a year earlier. The number of homes being listed is in a typical seasonal decline, down 10% from the 2021 peak reached during the four-week period ending June 27.

Nearly half (48%) of homes that went under contract had an accepted offer within the first two weeks on the market, above the 44% rate of a year earlier, but down eight percentage points from the 2021 peak set during the four-week period ending March 28.

Close to a third (35%) of homes that went under contract had an accepted offer within one week of hitting the market, up from 32% during the same period a year earlier, but down eight percentage points from the 2021 peak reached during the four-week period ending March 28.

Homes that sold were on the market for a median of 18 days, up from the all-time low of 15 days seen in late June and July, and down from 33 days a year earlier. Half (51%) of homes sold above list price, up from 32% a year earlier. This measure has been falling since the four-week period ending July 11, when it peaked at 55%.

From Jan. 1 to Aug. 29, home tours were up 11%, compared to a 37% increase over the same period last year, according to home tour technology company ShowingTime. 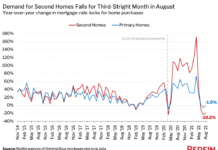 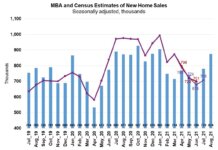