According to the most recent national index produced by Florida Atlantic University and Florida International University faculty, homeownership is becoming a more attractive option over renting a home in markets across the country as the likelihood of a housing crash decreases.

The latest results of the Beracha, Hardin & Johnson Buy vs. Rent (BH&J) Index indicate that most housing markets are slowly returning to “buy” territory – the opposite of what was witnessed from the last housing bust, when BH&J scores plummeted quickly. This suggests a stronger fundamental underpinning for housing prices than in the past and a lower likelihood of another housing crash.

The BH&J Index measures the difference in wealth creation between renting and reinvesting versus owning the same property and building equity. BH&J scores approaching +1 strongly suggest individuals would be better off renting and reinvesting as opposed to owning and building equity. Scores approaching -1 favor hom ownership over renting. Scores close to 0 suggest a tossup in terms of wealth creation between the two alternatives.

“Ownership and renting are substitutes for one another. Thus, the cost of renting impacts the demand for ownership,” says Eli Beracha, Ph.D., a real estate professor in the Hollo School of Real Estate at FIU and one of the creators of the BH&J Index.

The BH&J Index’s creators all agree that strong economic conditions (low mortgage rates and low levels of unemployment), combined with lower BH&J scores this time around, are leading a slow return of property prices to their long-term average.

“The major concern right now is the potential for an economic downturn, which would increase the risk of a crash significantly,” says Ken H. Johnson, Ph.D., a real estate economist in FAU’s College of Business and one of the BH&J Index’s creators.

Comparing BH&J scores from around the country (circa 2006-08) to today’s scores suggests that things should be quite different this time around as the country reaches the peak of the current housing cycle.

“Home prices fell dramatically in 2008 through 2010 around the country, and so did BH&J scores,” Johnson says. “The driver of this fall in prices was the fact that property prices had simply risen too high above the equilibrium balance between owning and renting property.”

The BH&J Index is published quarterly and is available here. 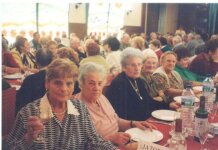