President Trump has signed a presidential memorandum directing the Treasury Department and U.S. Department of Housing and Urban Development, along with other government agencies connected with the housing market, to enact housing finance reform including a plan for releasing government-sponsored enterprises (GSEs) Fannie Mae and Freddie Mac from conservatorship.

Citing that the “housing finance system of the United States is in urgent need of reform,” the memorandum directs the Treasury to develop a framework for further reforming Fannie Mae and Freddie Mac and then “ending the conservatorships of the GSEs.” It additionally calls for the establishment of regulations for the GSEs following their release from conservatorship that “safeguards their safety and soundness and minimizes the risks they pose to the financial stability of the United States.” This includes establishing “appropriate capital and liquidity requirements for the GSEs.”

Importantly, the administration directs the Treasury to preserve “access for qualified homebuyers to 30 year fixed-rate mortgages and other mortgage options that best serve the financial needs of potential homebuyers.” It also directs the Treasury to enact reforms that maintain “equal access to the federal housing finance system for lenders of all sizes, charter types, and geographic locations, including the maintenance of a cash window for loan sales.”

“To date, the GSEs are the dominant participants in the housing finance system and lack real competitors,” the President’s memorandum states. “The lack of comprehensive housing finance reform since the financial crisis of 2008 has left taxpayers potentially exposed to future bailouts, and has left the Federal housing finance programs at the Department of Housing and Urban Development potentially overexposed to risk and with outdated operations. Accordingly, it is time for the United States to reform its housing finance system to reduce taxpayer risks, expand the private sector’s role, modernize government housing programs, and make sustainable home ownership for American families our benchmark of success.”

The President’s action was foreshadowed in January when Joseph Otting, acting director of the FHFA, told agency employees in a meeting that the administration was preparing to end conservatorship via administrative action, as opposed to an act of congress.

The memorandum signed Wednesday offers no timeline for the GSE reform initiative.

The White House plan for GSE reform essentially has two parts: The Treasury Housing Reform Plan, which addresses the GSEs’ transition out of conservatorship, and the HUD Reform Plan, which pertains to reforms for FHA and Ginnie Mae.

The HUD Reform Plan is to be designed “to ensure that the [Federal Housing Administration] and [Ginnie Mae] assume primary responsibility for providing housing finance support to low- and moderate-income families that cannot be fulfilled through traditional underwriting.” More importantly, the HUD Reform Plan is charged with finding ways to further reduce “taxpayer exposure through improved risk management and program and product design” and through the modernization of FHA’s and Ginnie Mae’s operations and technology.

The HUD Reform Plan is also to include a proposal “to address the financial viability of the Home Equity Conversion Mortgage program” and should assess “the risks and benefits associated with providing assistance to first-time homebuyers, including down-payment assistance.”

In a statement, Robert D. Broeksmit, president and CEO of the Mortgage Bankers Association (MBA), applauded the administration “for fashioning a memorandum designed to promote competition in the real estate finance markets and protect taxpayers.”

“We are heartened the memorandum recognizes the GSEs should be released from conservatorship only after specified reforms, and that it insists on other core principles such as preserving the 30-year fixed-rate mortgage and leveling the playing field for lenders of all sizes,” Broeksmit said. “[The] MBA looks forward to working with the Trump Administration, Congress and other stakeholders to achieve comprehensive reforms in a bipartisan fashion.”

Interestingly, the signing of the memorandum comes the same day that numerous housing finance groups testified before the Senate Banking Committee on a proposed housing finance reform bill introduced by Senate Banking Committee Chairman Mike Crapo (R-Idaho). The bill, which is still in rough draft form, combines the ideas of several past proposals.

“The housing finance system requires structural reforms that will ensure a stable, liquid secondary market to support a vibrant, diverse primary market, and comprehensive legislation is essential for such reforms,” Broeksmit told the committee in his prepared testimony.

“The 2008 financial crisis exposed fundamental problems in the GSEs’ business models, as well as weaknesses in the regulatory framework under OFHEO,” Broeksmit said. “Ten years later, we have still not determined how or if the GSEs will be permanently reformed. Only by enacting comprehensive legislative reform can we provide the confidence necessary for a stable, sustainable, and inclusive mortgage market. Reform should proceed without delay.”

Broeksmit added that the Crapo proposal includes “the critical features that should be included in any reform effort” including robust competition, access to affordable credit for borrowers, fair pricing for lenders of all sizes, liquidity though the credit cycle, reliable private capital to protect taxpayers, and ongoing secondary market liquidity for multi-family housing.

“Many of the priorities in the chairman’s outline align with MBA’s principles, as described in my written testimony,” Broeksmit said. “In particular, the outline recognizes the need for competition in the secondary market with privately-owned, well-regulated entities standing before a full faith and credit federal guarantee. Such a guarantee is a critical determinant of investor demand, and should apply to securities in both the single-family and multifamily markets.

“The outline proposes that the explicit guarantee be provided and managed by Ginnie Mae,” Broeksmit said “This structure is viable, as Ginnie Mae is designed to perform this function and has a proven history of ensuring payments on government-guaranteed securities.

“The use of a Ginnie Mae guaranty, however, should not be confused with the use of the Ginnie Mae securitization infrastructure and processes-that is, a system in which lenders issue securities rather than deliver loans to guarantors,” he added. 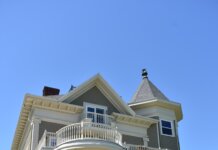 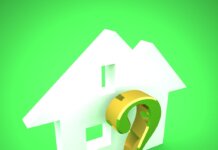 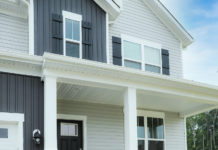