U.S. home prices are forecast to increase 4.4% over the next 12 months, however, most of that increase will be driven by price gains in the Western states, according to Veros Real Estate Solutions’ VeroFORECAST report.

“Washington State and Nevada occupy six of the ten highest-appreciating MSAs in the U.S. and the remaining four are in California, Oregon and Idaho,” says Eric Fox, vide president of statistical and economic modeling at Veros, in a statement. “This is the 24th quarter in a row where this index has forecast overall appreciation. Interestingly, the metro markets that are projected to appreciate the most over the next 12 months in this VeroFORECAST release are also among the most populated, while the markets that are expected to depreciate most are all among the least populated. For example, the average population of the top 25 metros is 1.7 million and the average population of the bottom 25 metros is 318,000.”

“There are several factors driving up home prices in the Seattle area, including a thriving economy and a lack of buildable land,” says Economist Matthew Gardner, with Seattle-based Windermere Real Estate. “There is also growing demand for housing thanks to the substantial in-migration of technology workers from the Bay Area who are relocating to Seattle because of the robust job market and relatively inexpensive home prices when compared to those in San Francisco.”

Despite migration to Seattle from California’s Bay Area and Silicon Valley, the San Jose market is one of the top five markets for appreciation this quarter, ranked fourth at +9.5%.

“The San Jose market remains exceedingly strong with a supply of homes at an extremely low 1.0 months, while its population is continuing to grow steadily,” Fox says. “Its unemployment is an extremely low 2.6%. The Silicon Valley continues to attract workers for high tech jobs, and there isn’t enough housing to fill demand, making this one of the strongest markets in the country.”

“For at least eight years now Reno-Sparks has been experiencing incredible growth, with an influx of companies in the technology space from California and other states,” reports Craig King, chief operating officer for Chase International Real Estate. “Tesla is currently building a 14 million-plus square foot gigafactory here, which, upon completion, is expected to be the biggest building in the world. With so many people moving into the area from higher equity regions, there is a great deal of pressure on the housing market to catch up and builders are still under building. This phenomenon has been going on for at least five to six years now and we are still 20,000 housing units behind what’s needed.”

The supply of homes in Reno is 2.7 months and continues to fall. Combined with an unemployment rate of 3.8% and population growth of more than 15%, this is one of the forecast’s strongest markets in the country. 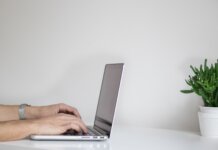