Wesley Mortgage LLC has appointed three new executives to key positions in the company. Steve Medes has joined the company as president, along with John Page, who will serve as COO, and Brian McGuinness, Wesley Mortgage’s new head of sales. The three had previously worked together at Franklin American Mortgage Co.

“Tennessee is more than a key market for us. It’s home,” says Chuck McDowell. Wesley Mortgage, part of entrepreneur business holdings, launched last fall. “Steve, John and Brian are hometown mortgage industry veterans who have proven they have what it takes to build a thriving mortgage company in Middle Tennessee and beyond. They have deep roots in the Nashville community that we can leverage to build on the groundwork we’ve laid and take us to the next level.”

“John, Brian and I are excited to be a part of the Wesley team,” comments Medes. “It’s not often you get the opportunity to become part of a company that already has such great brand recognition. We can apply the efficient processes that help consumers reach their end goal of financial and personal security that we’ve honed over the years, in addition to leveraging the great relationships we have both in Middle Tennessee and nationally, to make Wesley Financial a force in mortgage lending.”

In addition to Tennessee, Wesley Mortgage is currently licensed in Kentucky, Alabama, Georgia, South Carolina and North Carolina with plans to expand to all 50 states. 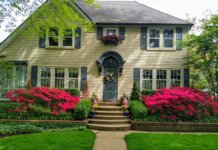