Record multifamily price appreciation, which saw its largest single-quarter growth in the history of the index, and rising mortgage rates more than offset unprecedented growth in net operating incomes (NOI). Over the past year, property prices grew by 19.6%, mortgage rates increased by 6 basis points and NOI grew by 17.7%.

“The year-over-year AIMI decline shows us that it may be more difficult now to find attractive multifamily investment opportunities in some markets than it was a year ago,” states Steve Guggenmos, vice president of Research & Modeling at Freddie Mac Multifamily. “Even though we’re seeing off the charts net operating incomes, prices are also rising dramatically. In most markets, investors are paying more per dollar of property income compared with one year ago.”

Over the quarter, AIMI decreased in the nation and 24 of the 25 markets, with New York being the lone exception. NOI growth and property price growth were both very strong, but prices grew quicker which led to near universal AIMI declines.

National NOI growth was 3.5% and every metro experienced growth. The fastest grower was New York at 7.3% while the slowest grower was Minneapolis at 0.6%.

Property prices grew in the nation and in every market. Price growth was strong this quarter, with the national growth rate clocking in at 7.0%, while three metros, Las Vegas, Phoenix and Raleigh all grew by more than 10%. Mortgage rates increased by 12 bps – the largest increase since the fourth quarter of 2018.

Over the year, AIMI decreased in the nation and 11 of the 25 markets, while 14 markets experienced growth. This quarter, most metros experienced record-breaking annual NOI growth and property price growth.

NOI growth was universally positive for the nation and all markets. Amazingly, NOI growth exceeded 10% in all but one metro (Minneapolis).

Property prices grew in the nation and in every market. Like NOI growth, property price growth was astonishing. The slowest grower was New York at 2.8%, while prices in Phoenix grew by 41.8%. Mortgage rates increased by 6 bps – the first annual increase since first quarter of 2019. 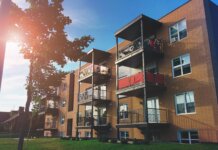 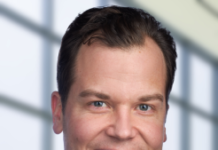 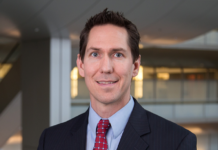