A battle is ongoing for a new type of electronic data standard for mortgages.

But some industry leaders and MISMO members want to add a different kind of standard for electronic data. It's the Adobe Intelligent Document, also known as intelligent PDFs. Its advocates would like MISMO to add them as a new category of SMART documents – an acronym for securable, manageable, archival, retrievable, transferable.

Essentially, the intelligent PDF, or XDP, is a cross between the well-known PDFs and XML files. They provide the cross-platform functionality of XML with the archive abilities of a standard PDF. Information can be transferred into a PDF document without losing data, allowing the documents to operate within XML workflows. Familiarity with PDFs is a selling point.

The issue is that it is created by a specific vendor, and MISMO has been dedicated to building nonvendor-specific open standards. Some members of the group worry that the industry may become over-reliant on – or even beholden to – Adobe.

Accepting the document type as a standard would contradict the definition of a standard, and it could diminish the standing of MISMO's already-existing specifications. If you have two standards, then is it really a standard? What happens if another company proposes a third standard?

And what would happen if Adobe should disappear sometime in the future? The mortgages will still be around even if the technology holding their data is not.

To put it to a vote

Because of the controversy, MISMO announced last week that the organization plans to have its entire membership vote on the issue after it completes research into legal and technical questions.

‘The eMortgage work group has been exploring, at a technical level, the utility of an additional format that would incorporate parts of certain PDF specifications that Adobe Systems Inc. licenses on a royalty-free basis,’ stated MISMO's announcement. ‘Adobe specifications have already been incorporated into the standards of other standards-setting bodies.’

The due diligence, it added, will determine the scope of the Adobe royalty-free patent licenses and the legal and practical implications of the license grants.

The organization's procedures provide for a subscriber-wide electronic ballot when the development of a standard or specification is unclear at the work group level. A member, or subscriber, can petition the group's governance committee for a subscriber-wide vote if the company believes a wider discussion and dissemination is necessary.

In defense of itself, Adobe says in a company statement that it ‘has a tradition of establishing, supporting and promoting standards. We contribute ongoing resources, and publish, review and share technology.’

The company notes that it is an active member of key standards bodies, working groups and industry associations that develop those models, including XML-based industry formats. Its PDF is already an example of a de facto standard. The company has supported PDF versions that have been defined as open standards. Those already include PDF/X for printing, PDF/A for archiving and PDF/E for engineering.

Intelligent PDFs offer a number of advantages, according to Adobe.

Combining PDFs and XML allows data from back-end systems to safely travel outside the enterprise to customers, partners and suppliers.

They retain the fonts, images, graphics and layout of the source file regardless of the application and platform used to create them.

They can prevent unauthorized viewing and altering, but still allow commenting and editing tools for authorized reviewers.

They are well suited for archiving purposes, as they can lock down content to create searchable, auditable documents of record, which is especially important in highly regulated industries.

With the combined power of PDF and XML, the platform's flexible architecture helps securely extend the power and reach of information contained in core business applications, even beyond corporate borders, according to Adobe. That means the documents are more useful and more secure.

The documents can also link arbitrary XML schemas to forms. The form data can be exported, as an XML file according to the schema, via Web services using simple object access protocol (SOAP) or directly into databases.

Adobe also offers extensible metadata platform (XMP), a labeling technology that allows users to embed data about a file into the file itself. XMP gives desktop applications and back-end publishing systems a common method for capturing, sharing and leveraging metadata, which is data that helps describe the content or characteristics of a file, according to the company.

Users can capture information about a project during content creation, and then embed it within the file and into a content management system. Meaningful descriptions and titles, searchable keywords, and up-to-date author and copyright information can be captured in a format that is easily understood. Additionally, XMP encoded metadata can be edited and updated in real time during the normal course of the workflow.

XMP metadata can also be used to store digital content in a repository for categorization, indexing and querying as part of a comprehensive content management system. 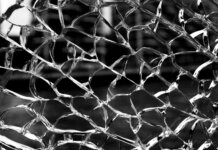