Angel Oak Mortgage Solutions reports that it is enhancing its correspondent lending channel with new technology, infrastructure and high-level talent that reflect the growth in the non-qualified mortgage (non-QM) marketplace.

The company has officially branded this channel as Angel Oak Correspondent to solidify its position in the correspondent lending space.

The enhanced channel will allow Angel Oak to increase its presence in the non-QM market.

Angel Oak claims that it has originated more non-QM loans than any other non-bank lender.

The company says in a release that with the enhanced correspondent channel, it is positioned to nearly double its production this year. The company says it saw its non-QM origination volume increase 82% in the first quarter compared with a year earlier, reaching $563 million.

“Angel Oak continues to pave the way for non-QM lending,” says Tom Hutchens, executive vice president of production at Angel Oak Mortgage Solutions. “More national lenders are catching on to the non-QM trend we’ve seen all along. Our correspondent team brings a new level of expertise to keep us ahead of the competition.”

Together these four executives have more than 68 years of mortgage industry experience.

In addition, Angel Oak Correspondent is launching a new website, angeloakcorr.com. Future expansion of the site will include a version of its proprietary QuickQuote engine specifically for correspondents as well as a portal for marketing materials. 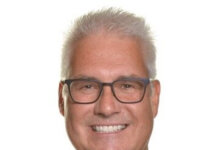 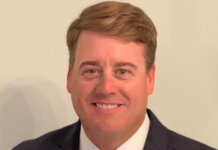