U.S. home prices increased 0.5% on an adjusted basis in October compared with September and were up 3.3% compared with October 2018, according to the S&P CoreLogic Case-Shiller U.S. National Home Price NSA Index.

The index’s the 10-city and 20-city composites – measuring home price growth in the largest U.S. cities – both posted a 0.4% increase, month-over-month.

The 10-city and 20-city composites each posted an increase of 0.1% before seasonal adjustment.

“October’s U.S. housing data continue to be reassuring,” says Craig Lazzara, managing director and global head of index investment strategy at S&P Dow Jones Indices, in a statement. “With October’s 3.3 percent increase in the national composite index, home prices are currently more than 15 percent above the pre-financial crisis peak reached July 2006. October’s results were broad-based, as both our 10- and 20-city composites rose. Of the 20 cities in the composite, only San Francisco saw a year-over-year price decline in October.

“At a regional level, Phoenix retains the top spot for the fifth consecutive month with October’s 5.8 percent year-over-year gain,” Lazzara says. “The Southeast region was also strong, as Tampa, Charlotte, and Atlanta all rose by more than 4.0 percent.

“As was the case last month, after a long period of decelerating price increases, the national, 10-city, and 20-city composites all rose at a modestly faster rate in October compared to September,” he adds. “This stability was broad-based, reflecting data in 12 of 20 cities. It is, of course, still too soon to say whether this marks an end to the deceleration or is merely a pause in the longer-term trend.”

Frank Nothaft, chief economist for CoreLogic, says the report confirms “that the slowdown in home-price growth that we saw early in 2019 ended in late summer.”

“Annual growth in the national index quickened for the second straight month in October and the 20-city and 10-city indexes also had a pickup in their 12-month growth rate,” Nothaft says in a separate statement. “The decline in mortgage rates, down about one percentage point for fixed-rate loans from one year ago, has supported a rise in sales activity and home prices.

“Price trends varied across cities depending in part on affordability constraints and population growth pressures,” Nothaft says. “High-cost markets, where the lack of affordable housing remains a critical issue, had the largest deceleration in price growth from one-year ago, with prices declining in San Francisco on an annual basis for the third month in a row.”

Bill Banfield, executive vice president of capital markets for Quicken Loans, says “the silver lining to this month’s increase in home price is homebuyers will see continued appreciating value in their home after the transaction, even though the high price may not have been welcome initially.”

“The moderately rising home prices of late 2019 suggest the economy is approaching a point where prices are beneficial for both buyers and sellers,” Banfield says in a separate statement. “However, the strain of low inventories at most price points suggests prices will continue to rise into the foreseeable future.” 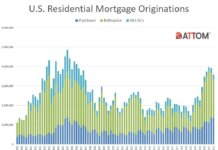 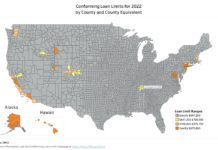