Zixta Q. Martinez will serve as deputy director. In that role, she will oversee the CFPB’s operations division. Martinez joined CFPB in 2011 to help lead the implementation team and has since served as senior advisor for supervision, enforcement and fair lending; associate director for external affairs; and assistant director for the office of community affairs. Previously, she was senior director of industry and state relations at Freddie Mac, director at the National Fair Housing Alliance, legislative staff attorney at the Mexican American Legal Defense and Education Fund Inc., housing policy analyst for the National Council of La Raza, and associate staffer at the Housing and Community Development Subcommittee of the Banking Finance and Urban Affairs Committee in the U.S. House of Representatives. She is a graduate of Yale College, the Lyndon B. Johnson School of Public Affairs at the University of Texas at Austin and the University of Miami School of Law.

Karen Andre will serve as associate director for consumer education and external affairs. Prior to joining the CFPB, she served in a number of government, campaign and private sector roles. Most recently, Andre served as special assistant to the President for economic agency personnel within the Executive Office of the President. She worked on President Biden’s 2020 campaign team, including as a senior advisor for National Faith Outreach. Following President Biden’s election, she joined the presidential transition team as the COVID engagement team lead. She also previously served as White House liaison for the Department of Housing and Urban Development. Andre received her B.A. from Florida International University and her J.D. from the University of Miami School of Law.

Jan Singelmann is returning to the CFPB to serve as chief of staff. He previously served as senior litigation counsel in the CFPB’s Office of Enforcement. Most recently, Singelmann served as counsel for Senate Banking, Housing and Urban Affairs Committee Chairman Senator Sherrod Brown, where his work covered consumer finance and data privacy issues. Singelmann received his B.A. from the University of Missouri-Kansas City and his J.D. from the Georgetown University Law Center.

Erie Meyer is returning to the CFPB to serve as chief technologist. She served on the implementation team that launched the CFPB and became a founding team member of the CFPB’s Office of Technology and Innovation. Most recently, Meyer served as senior advisor to Chair Khan for policy planning and chief technologist for the Federal Trade Commission, and as then-Commissioner Chopra’s technology advisor. Before serving at the FTC, she launched the U.S. Digital Service in the White House. Meyer has also served as senior director for Code for America and senior advisor to the White House’s chief technology officer. Meyer is co-founder of Tech Ladymafia, and she is a recipient of the Harvard Kennedy School’s Joan Shorenstein Fellowship, during which she researched the intersection of open data, journalism and civic life. Meyer is a contributor to open source software and received her B.A. in journalism from American University. 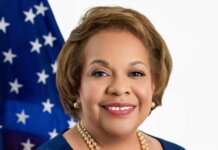 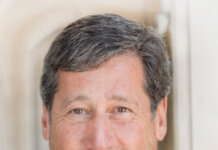