Despite seasonal headwinds, mortgage delinquencies improved for the sixth consecutive month in November, falling to 6.33% of all loans, down from 6.44% in October, according to Black Knight’s First Look report.

Still, loan performance has a long way to go before it reaches pre-pandemic levels. Total delinquencies are up nearly 80% from where they were in November 2019.

As of November, about 3.381 million loans were 30 days or more past due but not in foreclosure, a decrease of about 56,000 compared with October but up more than 1.5 million compared with a year earlier.

About 2.193 million loans were seriously delinquent, or 90 days or more past due, a decrease of about 66,000 compared with the previous month but up about 1.754 million compared with a year ago.

Meanwhile the U.S. foreclosure pre-sale inventory rate stood at about 0.33%, down 1.63% compared with October and down nearly 30% compared with November 2019.

Foreclosure proceedings were started on about 4,400 properties in November, down 6.38% compared with October and down nearly 87% compared with a year earlier.

November’s 4,400 foreclosure starts and 176,000 loans in active foreclosure were both at their lowest levels on record, since Black Knight began reporting the metrics in 2000.

Black Knight says with interest rates at record lows and refinance incentive at an all-time high, prepay activity is likely to remain elevated in the coming months.

CoreLogic Expects a ‘Reduced Flow of Homes’ to Delinquent Status

Percentage of Loans in Forbearance Ends the Year Flat 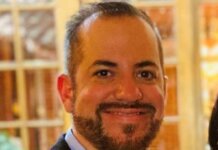