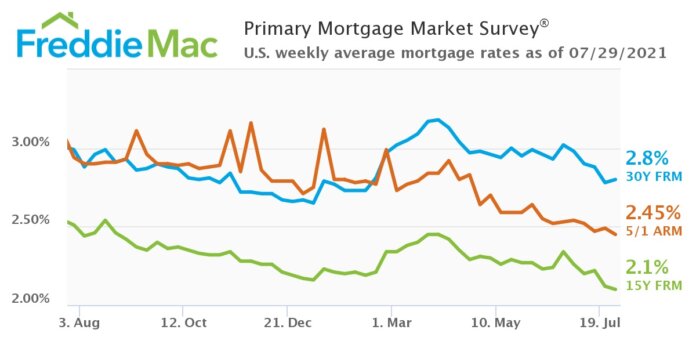 “As the economy works to get back to its pre-pandemic self, and the fight against COVID-19 variants unfolds, owners and buyers continue to benefit from some of the lowest mortgage rates of all-time,” says Sam Khater, chief economist at Freddie Mac. “Largely due to the current environment, the 30-year fixed-rate remains below three percent for the fifth consecutive week while the 15-year fixed-rate hits another record low.”