About 57% of the aggregate pool balance are mortgages that have been previously modified and subsequently became delinquent.

As purchasers of these loans, InSolve Global Credit Fund IV LP and Elkhorn Depositor must follow guidelines for servicing, including soliciting distressed borrowers for additional assistance.

The transaction is expected to settle in July. 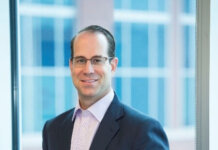