Home builders ramped-up production in October, as housing starts, building permits and housing completions all increased on a month-over-month and year-over-year basis.

Housing starts jumped to a seasonally adjusted annual rate of 1.314 million, an increase of 3.8% compared with 1.266 million in September and up 8.5% compared with 1.211 million in October 2018, according to the U.S. Census Bureau and U.S. Department of Housing and Urban Development.

Regionally, and on a year-to-date basis, combined single-family and multifamily starts in October were up 6.8% in the South, but were down 0.5% in the Northeast, 7.4% in the Midwest and 10.3% in the West.

“Home builders are seeing more building opportunities as market conditions remain solid,” says Greg Ugalde, chairman of the National Association of Home Builders (NAHB), in a statement. “Builder sentiment remains strong and we are seeing an uptick in buyer traffic.”

“Led by lower mortgage rates, the pace of single-family permits has been increasing since April, and the rate of single-family starts has grown since May,” adds Robert Dietz, chief economist for NAHB. “Solid wage growth, healthy employment gains and an increase in household formations are also contributing to the steady rise in home production.”

“Low mortgage rates, rising household income and a surge in household formation among millennials have significantly boosted demand for housing over the past year,” Fleming says in a statement. “However, we have under-built new housing relative to demand for years. Building will have to exceed household formation for a number of years to reduce the housing stock ‘debt’ we have accumulated.”

Despite the fact that there is catching up to do, Fleming says it is “a good sign that home building is beginning to accelerate to keep up with the pace of household formation.”

Fleming adds that “conditions are ripe for new construction to accelerate.”

“With low mortgage rates and increasing household income, demand is strong,” he says. “If you build it, they will buy it, and builders are taking heart.”

Bill Banfield, executive vice president of capital markets for Quicken Loans, says “the continued growth in single-family home building, and permits for future construction, should make consumers who are considering buying confident that they will have a solid choice of homes.”

“This is an important report for future homebuyers since one of the largest deterrents to entering the market right now is the lack of robust housing options,” Banfield adds. 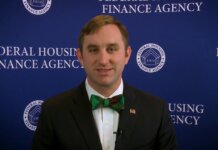 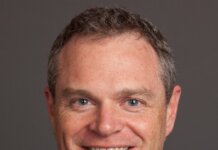