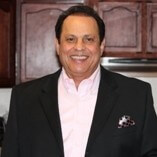 “We continue to be committed to the non-QM space,” says LSM CEO Rabi Aziz shared. “Things have changed; that’s for sure. The number of loans in forbearance, companies stuck with old product, and challenges related to warehouse financing will plague the space for a while. To us, it’s more important than ever to help fill that void.”

LSM has expanded all of its offerings and brought back many of its original programs. Some of the expanded programs include LTVs to 85%, DSCR LTVs to 80%, FICOs down to 640, and loan amounts up to $3 million.

“This crisis was a virus. It had nothing to do with credit or performance of the non-QM products,” adds Serene Vernon, LSM president. “The government jumped in and propped up agency products, but left the non-agency space to fend for itself. We hope by expanding so early after the crisis that others will follow.”

LSM has released the expanded offering through its wholesale, correspondent and retail channels. With LSM’s proprietary QualOne AUS system, brokers and correspondents can decision a non-QM loan just as easily as an agency loan. All loans are underwritten and decisioned in-house, ensuring the best possible consumer experience, the company says.