Fannie Mae and Freddie Mac need to be recapitalized and taken out of government conservatorship as soon as possible because starting in 2018, there is a risk they could need Treasury draws if they sink into the red, Mel Watt, director of the Federal Housing Finance Agency (FHFA), told members of the U.S. Senate Committee on Banking, Housing and Urban Affairs on Thursday.

But how government-sponsored enterprise (GSE) reform is achieved should be entirely up to Congress, not the FHFA, he said.

One reason Watt is getting antsy about GSE reform is because as of Jan. 1, 2018, the amount of “buffer” that the GSEs have for their operations under their Senior Preferred Stock Purchase Agreements (PSPAs) with the U.S. government will shrink to zero.

“At that point, neither enterprise will have the ability to weather any loss it experiences in any quarter without drawing further on taxpayer support,” Watt told the committee.

That means, the only way the government will be able to keep Fannie or Freddie afloat would be to do a Treasury draw. In other words, because the government has been sweeping all of the GSEs’ profits and disallowing them from building capital, and because they will not have any “buffer” as of Jan. 1, taxpayers will, once again, be at risk of having to bail the companies out.

And the uncertainty that creates is not a good thing for the mortgage market.

“The challenge is that additional draws of taxpayer support would reduce the amount of taxpayer backing available to the enterprises under the PSPAs, and the foreseeable risk that the uncertainty associated with such draws or from the reduction in committed taxpayer backing could adversely impact the housing finance market,” Watt told the committee. “Unfortunately, the challenge is significantly greater today than it was last year and will continue to increase unless it is addressed.”

Although Watt emphasized that it is up to Congress to get GSE reform rolling, the FHFA can, in theory, start recapitalizing the GSEs now, under its mandate as conservator. Watt seemed to indicate that the FHFA will do just that.

“[The] FHFA has explicit statutory obligations to ensure that each enterprise ‘operates in a safe and sound manner’ and fosters ‘liquid, efficient, competitive, and resilient national housing finance markets,'” he said. “To ensure that we meet these obligations, we cannot risk the loss of investor confidence. It would, therefore, be a serious misconception for members of this committee, or for anyone else, to consider any actions [the] FHFA may take as conservator to avoid additional draws of taxpayer support either as interference with the prerogatives of Congress, as an effort to influence the outcome of housing finance reform, or as a step toward recap and release. [The] FHFA’s actions would be taken solely to avoid a draw during conservatorship.”

During his testimony, Watt spent a good deal of time explaining all of the measures the FHFA has taken to improve the GSEs’ operations and reduce taxpayer risk during the past nine years. In so doing, he seemed to make the case that because the GSEs are now sound, operationally, they could be left intact and returned to the private sector just as they are today, provided there is a broader GSE reform plan in place.

“I have said repeatedly, and I want to reiterate, that these conservatorships are not sustainable, and they need to end as soon as Congress can chart the way forward on housing finance reform,” Watt said. “However, it is important for all of us to recognize that the conservatorships have led to numerous reforms of the enterprises and their operations, practices and protocols that have been extremely beneficial to the housing finance markets and have reduced exposure and risks to taxpayers.

“It is critically important for the members of this committee to be well aware of these reforms because you will have the responsibility to ensure that the reforms are not disregarded or discarded because of assertions some will make that the enterprises now are the same or mirror images of the enterprises that FHFA placed into conservatorship almost nine years ago,” Watt added. “I can assure you that such assertions would be unfounded.” 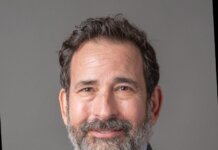