The credit-enhancement levels for all rated bonds backed by non-QM loans climbed because of steady voluntary prepayments, relatively low serious delinquency rates, and no realized losses.

Non-QM RMBS issuance continued to grow at a steady rate, with the collateral quality of new issue deals and the structure of the transactions generally in line with those of the previously issued securitizations, according to the report.

A central question for investors is how these non-QM loans will perform, as most are less than three years old. Although the report does not track 30-60 day delinquencies, it does find that the serious delinquency rate (60-90 days past due) for securitized non-QM loans is about on par with that of conventional loans.

“Also, servicers have not moved most of the seriously delinquent loans to the foreclosure or real estate owned, or REO, liquidation process, which might suggest that the currently delinquent borrowers might be able to become current again or work out another solution with a servicer to lower or avoid the potential losses to the deal,” the report adds.

Morningstar “expects the growth in non-QM RMBS issuance to continue in 2019 with the credit quality of the collateral weakening somewhat but remaining overall consistent with the prior year.”

“Also we expect the non-QM RMBS transaction structures to continue to evolve as the issuers explore ways to optimize funding costs and maximize proceeds from securitization,” the report states.

Morningstar rated a total of 16 non-QM RMBS deals in 2018, with Verus, Deephaven and Ellington being the major players in the market.

“The prepayments will likely continue at a healthy pace because the mortgage rates on the loans backing non-QM RMBS are higher than the rates on conventional loans to high credit quality, or prime, borrowers,” the report states.

Mortgage rates in non-QM RMBS are on average above 6%, or more than 1.5% higher than the rate on conventional loans, the report reveals.

“The non-QM borrowers might improve their credit over time if they remain current on their mortgage loans and on other lines of credit, thus becoming eligible to refinance their loans into mortgages with a lower rate,” the report states. 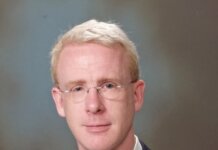 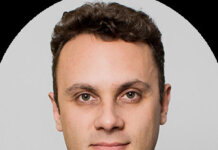