The U.S. economy added 266,000 new jobs in November while the unemployment rate was basically flat at a 50-year low of 3.5%, according to the U.S. Bureau of Labor Statistics.

Employment also increased in manufacturing, reflecting the return of workers from a strike.

The number of unemployed persons was basically flat compared with October at 5.8 million.

There was a slight decrease in the labor force participation rate, which dipped slightly compared with October to 63.2%.

Over the last 12 months, average hourly earnings have increased by 3.1%, according to the report.

The strong increase in the BLS report is surprising considering that the ADP jobs report released on Dec. 4 shows a gain of only 67,000 jobs in November.

“The hit to business investment and manufacturing from trade tensions has resulted in an economy that’s reliant on one engine to sustain the expansion, and that’s U.S. consumers,” Kushi says in a statement. “Approximately 70 percent of U.S. economic growth is driven by consumer spending. The outlook for consumer economic strength remains strong, especially given that job creation continues, and wages are rising.”

“Housing is the most durable consumer good we’ll ever buy and surging house-buying power fuels greater potential demand in a supply-constrained market,” she adds. “There’s no evidence that these dynamics will change in 2020.”

Harry Gardner: RON Has Evolved From a ‘Nice-to-Have’ to ‘Must-Have’ Technology 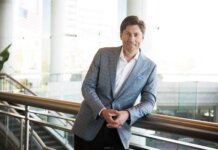