These issues often arise within and are most prominent in refinances and M&A transactions that involve properties in multiple states, one of which is New York.

What follows are some of the peculiarities of the New York mortgage tax that out-of-state practitioners should be aware of.

This tip may be common sense, but in New York a commercial mortgage lender must set the maximum amount of principal secured by the property within the mortgage, preferably in a prominent spot on the first page of the mortgage.

This will establish the mortgage tax liability. If the borrower has a $10 million term loan and it is secured by five properties, only one of which is in New York, then one will need to allocate a set amount to the New York property. If a lender fails to do this, it could end up paying mortgage tax on the entire term loan amount.

In addition to the maximum principal amount secured, the mortgage may also secure interest payable on the indebtedness secured by the mortgage, and incidental amounts, such as expenses incurred by the lender to preserve the value of the mortgage.

No mortgage tax is paid to secure these items. Breakage costs associated with an interest rate swap agreement may also be included as incidental amounts if certain conditions are satisfied.

In New York, particularly in the context of a refinance, it is a benefit to the borrower for the existing mortgage to be assigned to the new lender. The assignment of an existing mortgage to the new lender allows the borrower to avoid paying mortgage tax on the existing amount of principal secured by the assigned mortgage, which is typically then consolidated with the new money portion of the refinance to form a new lien in the consolidated amount.

The documentation necessary to assign, modify and consolidate a mortgage is formulaic and cumbersome, but will serve to save the borrower money.

The risks of securing revolving debt include mortgage tax assessed against amounts which have been repaid and re-borrowed, and the inability to assign, satisfy or enforce the underlying mortgage absent payment of such taxes.

If the maximum principal amount of the revolving note is increased, no further mortgage tax is due if the maximum amount secured by the related mortgage does not increase and the balance of the outstanding debt stays above the cap.

(This confirmation was provided in response to a hypothetical revolving note secured by a mortgage with a maximum amount secured provision, which also contained the required language for securing a revolving note outside of a credit line mortgage under Section 253-b of the Tax law.)

The New York State Department of Taxation and Finance has historically taken the position that a lender cannot secure different types of debts through the same mortgage instrument – i.e. term debt and revolving debt.

The department clarified this position in a 2013 bulletin. A mortgage may secure multiple types of debts, with each type of debt governed by its respective mortgage tax rules.

This is an important point to note, as it could also result in unintended consequences if the parties do not explicitly allocate the mortgage cap.

To complicate things further, the mortgage tax rate in New York varies by county. This becomes impactful when the mortgage secures properties located in different counties, and those counties have differing mortgage rates.

Overall, the peculiarities of the New York mortgage tax rules can be overcome, but it is important to engage New York counsel to assist with the state-specific aspects of a lender’s transaction to help it accomplish that goal. 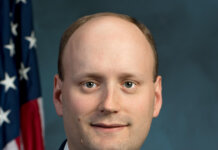