Prime Ascent Plus is available for second homes, investment properties and interest-only loans. There are cash-out options as well.

“There is a significant number of creditworthy individuals that need higher balance loans but struggle with qualifying for one reason or another,” says Jeff Schaefer, executive vice president of correspondent sales for Verus. “Our new Prime Ascent Plus Program is inherently flexible which makes it a suitable option that lenders can confidently offer their borrowers.”

In November, Verus announced that it is now the largest investor in the non-QM space. The firm recently closed its 13th securitization for $569.1 million.

Since its first non-QM securitization in 2015, the company’s market share has grown exponentially.

When the Consumer Financial Protection Bureau first established its Ability-to-Repay rules for QM mortgages in 2014, the non-QM market was virtually nonexistent.

Today, however, its overall loan volume is expected to reach $40 billion to $50 billion.

To date, the company has purchased almost $6 billion in expanded, non-agency loans and has completed 13 rated securitizations. 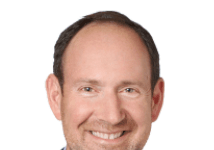