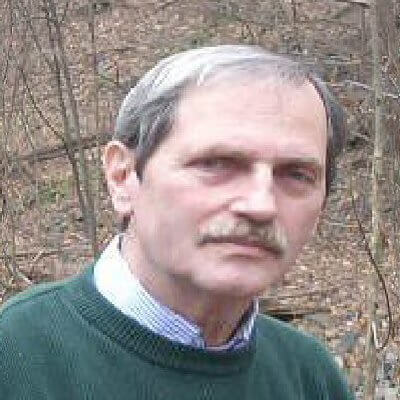 BLOG VIEW: It’s been a very good year for the Federal Housing Administration (FHA). At the start of 2015, the FHA cut its annual mortgage insurance premium (MIP) by 0.5% for most borrowers, and the results have been spectacular.

The U.S. Department of Housing and Urban Development (HUD) had predicted that the MIP cuts would save borrowers an ‘average of $900 annually and spur 250,000 new home buyers to purchase their first home over the next three years.’ In fact, HUD greatly underestimated the impact of its premium discount. Consider the following facts:

HUD’s success has not gone unnoticed.

‘Some critics of a premium reduction argued that cutting premiums would hurt the FHA fund by depriving it of revenues,’ says the Community Home Lenders Association (CHLA), a national association that exclusively represents non-bank mortgage bankers. ‘But, even with January’s premium cut, the latest federal budget projects that FHA will make a net profit of $6.5 billion for taxpayers in fiscal year 2016. And, since lower premiums increased loan volume, the so-called ‘revenue loss’ is being offset by increased profits from the additional loans.’

The CHLA argues once the reserve ratio reaches 2%, there should be another premium reduction and that the ‘FHA should cut annual premiums back down to the pre-crisis level of .55 percent.’

Will that really happen? There’s a case to be made that lower premiums might be one of several ways the FHA program can be improved now that reserves are stronger.

Congress says the FHA’s Mutual Mortgage Insurance Fund should equal 2% of the outstanding loan balances it insures, and now – for the first time since 2008 – the reserves exceed the magic number. Essentially, what’s happened is that the FHA has recovered from the hideous losses it faced in 2005 to 2008. This took seven years to accomplish, and the miracle is that it was accomplished at all.

The result of pre-2008 losses was that FHA insurance premiums rose in an effort to rebuild the reserve fund and meet the required 2% goal. The premium reduction in early 2015 reflects the fact that reserve levels have been gradually creeping back to 2%.

Is anyone really concerned about the 2% reserve requirement? FHA critics, of course, moo and complain about past reserve fund shortfalls, and there is at least one suggestion that the reserve requirement should now be raised from 2% to 4.5%. Critics, however, are curiously silent about other federal insurance programs.

For instance, the National Flood Insurance Program falls under the jurisdiction of Federal Emergency Management Agency (FEMA) and according to the Government Accountability Office, ‘FEMA owed the Treasury $23 billion – up from $20 billion as of November 2012. FEMA made a $1 billion principal repayment at the end of December 2014 – FEMA’s first such payment since 2010.’ Think about this the next time you’re at the beach and a storm comes up.

The Federal Deposit Insurance Corp. (FDIC) is also supposed to have a 2% reserve requirement but views such a benchmark as ‘a long-term goal and the minimum level needed to withstand future crises of the magnitude of past crises.’ Meanwhile, in the short-term, the FDIC reserve ratio as of mid-summer was 1.06%.

‘The FHA’s mortgage insurance premium cuts have been a true win-win scenario, enabling thousands of borrowers to purchase homes while bringing the FHA’s insurance fund back to its legislatively mandated level,’ says Rick Sharga, executive vice president of Auction.com. ‘The FHA has an important role in the marketplace, and better deals for borrowers should not be off the table.’

First, of course, there could simply be an annual premium reduction, perhaps down to the .55% favored by the CHLA.

Second, the upfront MIP could be slashed.

Third, Fannie Mae and Freddie Mac now offer financing with just 3% down versus the 3.5% FHA minimum. With stronger reserves, maybe lower FHA down payments can be considered.

Fourth, instead of mortgage insurance coverage, which remains in place for the life of a loan for most FHA mortgages, the FHA could allow borrowers to cancel their annual MIPs once loan balances fall to 78% of their original amounts – the general standard in place before 2013.

Although the case for lower MIP charges did not exist immediately after the mortgage crash, the market today has surely improved, household equity is generally up, and the experience with the 2015 FHA premium cut exceeded expectations. Given the need to get more first-time buyers into the marketplace, HUD will now face enormous pressure to cut FHA premiums or find some other way to help borrowers – especially when Congress and the public look at comparable federal insurance programs.

Peter G. Miller is a nationally syndicated real estate columnist. His books, published originally by Harper & Row, sold more than 300,000 copies. He blogs at OurBroker.com and contributes to such leading sites as RealtyTrac.com, the Huffington Post and Auction.com. Miller has also spoken before such groups as NAR and the Association of Real Estate License Law Officials.

From Forbearance to Post-Forbearance: How to Make the Process More Effective 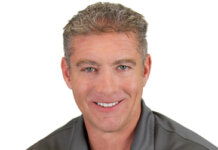 Are Lenders Prepared For Potential Wave of HELOCs?