To get a better handle on the potential impact of the False Claims Act on the mortgage industry, MortgageOrb this week caught up with Adam P. Feinberg, an attorney with Washington, D.C.-based Miller & Chevalier and an expert on the subject.

Q: The False Claims Act was a relatively obscure law until a few weeks ago. What is it all about, and what is its significance to the mortgage industry?

Adam Feinberg: The False Claims Act was passed during the Civil War to fight rampant fraud by contractors supplying the Union Army. Although the False Claims Act is most frequently used against government contractors and those involved in federal healthcare programs, it can apply in almost any circumstance when fraud occurs against the federal treasury.

The False Claims Act imposes liability on anyone who knowingly submits a false or fraudulent claim for payment to the U.S. or an entity funded by the U.S. It also provides liability for knowingly using a false record or statement to get a claim paid, and for knowingly concealing or avoiding an obligation to pay money to the U.S. government.

The act provides for civil penalties of up to $11,000 per claim, plus treble damages. It also contains a whistle-blower provision permitting a private citizen to sue in the name of the U.S. and to receive as much as 30% of any recovery. Whistle-blower cases must be filed under seal to give the government time to investigate and to decide whether it will take over prosecution of the case. The term "knowingly" includes not only actual knowledge, but also deliberate ignorance or reckless disregard of the truth or falsity of the information in question. Liability does not require a showing of a specific intent to defraud, meaning that it is usually easier to prove a False Claims Act violation than it is to prove criminal intent.

Given the large amount of federal funding in the mortgage market today, the False Claims Act will have a significant impact on the mortgage industry. For example, any misconduct in connection with the origination of a Federal Housing Administration (FHA)-insured mortgage can create False Claims Act liability if the mortgage goes into default and the government pays an insurance claim. In this context, courts have held banks liable under the act for intentional misconduct in originating an FHA mortgage, such as improperly providing down-payment assistance to the home buyer, improperly paying referral fees and falsifying employment, financial or other documentation related to the home buyer's creditworthiness.

Because actual knowledge is not required, courts have also imposed False Claims Act liability when an FHA-insured mortgage is made by a lender who fails to make adequate efforts to detect a home buyer's misrepresentations or otherwise fails to diligently carry out the underwriting process. This potential liability may induce the industry to take extra care when making FHA loans.

Q: Why do you believe the False Claims Act is resurfacing just now? Why not earlier in the mortgage crisis?

Feinberg: Although significant fraud likely occurred in connection with the many subprime loans that helped cause the mortgage crisis, those loans typically did not directly put the government's money at risk, so the False Claims Act had no application. But as the subprime mortgage market collapsed, the number of FHA-insured loans skyrocketed. FHA-insured loans now account for more than one-third of all single-family home purchases. This relatively recent increase in the number of FHA mortgages means we're likely to see additional False Claims Act cases against mortgage lenders.

In addition, the false "claim" that triggers liability in this context is the insurance claim made by the mortgage holder to the government. Thus, the government (or a whistle-blower) has greater incentive to file a case after a significant number of defaulted loans results in substantial government losses.

Another factor is simply that the government typically takes a long period of time to investigate before filing a complaint – or, if the case was filed by a whistle-blower, before deciding whether to take over prosecution of the case. The Department of Justice has hinted recently that numerous False Claims Act investigations in the mortgage industry are under way.

Q: The U.S. invoked the False Claims Act in its recently announced lawsuit against Deutsche Bank and its MortgageIT subsidiary. That suit is tied to loans on which the FHA has paid insurance claims. Does the act have relevance as far as Fannie Mae, Freddie Mac and other federal entities go, and what do you see as some of the areas of potential litigation risk for the mortgage community?

Feinberg: The Deutsche Bank/MortgageIT case is limited to FHA-insured loans. However, the False Claims Act has potential applicability in numerous other mortgage contexts. The act can certainly apply to other types of federal loans, such as those insured by the U.S. Department of Agriculture or the U.S. Department of Veterans Affairs.Â

Moreover, some have argued that fraud against Fannie Mae and Freddie Mac – for example, the sale to Fannie Mae or Freddie Mac of an improperly documented mortgage – could also give rise to False Claims Act liability. The Fraud Enforcement and Recovery Act of 2009 amended the definition of "claim" in the False Claims Act so that the term is now broadly defined to include not only a request for money from the government itself, but also a request for money from "a contractor, grantee or other recipient," so long as the money came from (or will come from) the government and is to be spent on the government's behalf or to advance a government program or interest.Â

Prosecutors and plaintiffs' lawyers might argue that after Fannie Mae and Freddie Mac went into federal conservatorship in 2008, they received federal funds that were meant to advance the government's interest in making homeownership more affordable. On that basis, they might argue that fraud against those government-sponsored enterprises can now be the basis for False Claims Act liability. However, there are several good arguments that no such liability should exist, and to date, no court has ruled on that issue.Â

In addition, Troubled Asset Relief Program funding and other federal funding has been used in connection with a variety of programs, including the Making Home Affordable program. And the Federal Reserve has purchased significant amounts of mortgage-backed securities. Fraud against the government in any of these areas brings potential False Claims Act risk.

Q: What's the judiciary's perspective on the False Claims Act, especially as it relates to assessing damages?

Feinberg: The courts have issued decisions in countless False Claims Act cases, and the number of mortgage-related cases is growing. The False Claims Act presents many unique legal issues, some of which are developed primarily through court decisions.

One such issue is the computation of damages. The act provides for treble damages – i.e., liability for "three times the amount of damages which the government sustains because of the act of" the defendant. A 1976 Supreme Court decision held that damages are to be multiplied before certain credits are subtracted.

Unfortunately, many courts have misapplied that decision in the mortgage context. Assume, for example, that an FHA loan with a $100,000 balance goes into default and that the government pays an insurance claim in that amount and then nets $95,000 from the eventual sale of the house. One would think that the government has sustained a loss of $5,000, which would then be trebled to $15,000 under the False Claims Act.

However, most courts will first treble the $100,000 paid by the government and then subtract the $95,000 in sales proceeds, resulting in False Claims Act damages of $205,000. There are good legal arguments against this sort of computation of damages, but most courts faced with this issue in the mortgage context have calculated damages in this unfair manner. 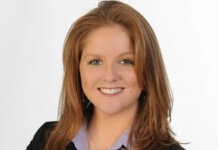 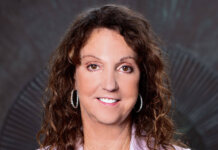 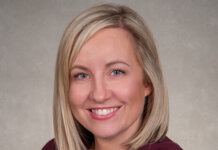