PERSON OF THE WEEK: Two months after matching its lowest reading in a year, the delinquency rate for commercial mortgage-backed securities (CMBS) reached its second-highest reading of all time in April, according to recent data released by Trepp LLC. To understand what impact this will have on the overall state of commercial real estate, MortgageOrb spoke with David Tobin, principal at New York-based Mission Capital Advisors.

Q: What impact – both immediate and long-term – will an elevated CMBS delinquency rate have on the commercial real estate industry?Â

Tobin: The roughly 10% delinquency in the CMBS market will begin to ease as we pass the five-year mark following 2007, which was the largest origination year ever for CMBS. Obviously, the ‘Class of 2007’ loans were never expected to ‘graduate on time,’ and we expect similarly high newly delinquent loan amounts to persist throughout the year. This effect, which should abate dramatically one year from now, will keep a steady supply of distressed income property investment opportunities available for investors.

Q: Within the various sectors of commercial real estate – office, retail, multifamily, industrial, lodging – which sectors are showing signs of the greatest delinquency rates, and which appear to be more stable and solid?

Tobin: Occupancy performance across all property types – save for multifamily and hotel – is still unimpressive, particularly outside gateway cities. Hotel and multifamily performance has been impressive, as well as investment flows into this product from both an equity and debt perspective.Â

We are concerned about the structural implications of the Best Buy store closure announcement, coupled with the Sears and Delhaize announcements. This signifies continued erosion in the retail sector, and we are challenged to think of what the replacement tenants will be for these stores and which ones could follow.Â

Q: Are there particular geographic markets with elevated levels of distressed commercial property assets? And what has been the impact of these distressed assets on their local economies?

Tobin: The key geographic dichotomy we see is the one between the gateway cities and non-gateway cities. The recovery in the commercial property price index has been negligible outside of New York, Washington, Boston, Chicago, Los Angeles and San Francisco. Through the end of 2011, this six-city index significantly outperformed the overall commercial property price index, as measured by Moody's.Â

Q: Do you see more foreign buyers coming into the U.S. in search of purchasing these distressed assets? And if so, where are they coming from, and what are they looking for?

Tobin: Generally, we see offshore investment in the form of indirect investment into funds like Colony, Oaktree, Wesport, Varde and the like, which, in turn, invest in the types of distressed commercial real estate mortgage pools or in the form of trophy property investment in the gateway cities. In New York, for instance, we have seen Russian, Mexican and Turkish tycoons and Asian and Middle Eastern sovereign wealth funds make sizable investments.Â Â Â

Tobin: This has not been necessary in the commercial real estate market beyond Federal Deposit Insurance Corp.-structured, sale-type transactions and assisted takeovers, because the commercial real estate market is somewhat self-correcting and because the assets are not necessarily locked up in securities where they cannot be traded, like single-family loans.Â 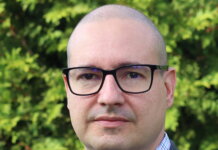 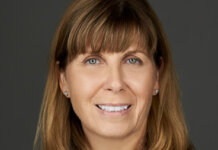