MortgageOrb
Saturday, February 29, 2020
Home From The Orb Word On The Street HUD’s Commitment To Fair Housing 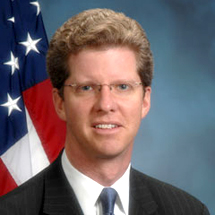 WORD ON THE STREET: Celebrating Fair Housing Month each April is always special – it gives us the chance to reaffirm the U.S. Department of Housing and Urban Development's (HUD) commitment to creating fair and decent housing in inclusive, sustainable communities for all, as well as an opportunity to reflect on how far we've come and how far we still have to go. We recognize that the work we do today has an incredible impact on the future of our nation and remember that fair housing isn't just ‘part’ of HUD's mission – but the very core of it.

We all know that this agency was founded at a moment when our country'' cities were literally burning. With the passage of the Fair Housing Act in 1968, we acknowledged that segregation didn't happen in spite of government policy – it happened in large part because of it. And we affirmed that government has a role to play in creating integrated, inclusive, diverse communities with access to opportunity for all.

This administration has made some extraordinary strides fighting housing discrimination and ensuring that everyone knows they have a right to live where they choose, and we will continue that critical work. Disparate impact analyses have been an important way to examine institutional practices and policies that are unintentionally discriminatory.

Having the rule in place allows HUD to use every enforcement resource available to fight unlawful housing discrimination under the Fair Housing Act while ensuring that communities understand their obligations and how to effectively partner with us to eliminate discriminatory practices. But rules and regulations are not the only way we support our fair housing goals. We are also harnessing new technology to make it easier than ever for the public to report suspected housing discrimination and learn about their fair housing rights.

In February, HUD launched a fair housing app for the iPhone and iPad as an important tool to assist fair housing groups and other civil rights advocacy organizations in their efforts to promote fair housing practices. Since the app became available, more than 1,000 people have downloaded it. In conjunction with the fair housing mobile application, HUD's Office of Fair Housing and Equal Opportunity has released adaptive mobile pages in English and Spanish, which allow Web content to display properly regardless of the brand of smartphone or tablet being used.

By strategically using technology, we will be able to reach an even broader audience and ensure that everyone can have a place to live, free from discrimination. But the true measure of our success isn't in apps downloaded, complaints filed or lawsuits won – it's whether we are changing the lives of the people and communities we serve. It's whether we are increasing the number of low-poverty, racially diverse communities nationwide and whether those communities have access to opportunity – good schools, safe streets and decent jobs. And HUD is working hard to ensure that cities, towns and municipalities that receive HUD funding comply with their obligation to promote equal access to housing.

We are providing technical assistance to communities that have structural fair housing problems, such as the lack of a fair housing presence in the community, historical patterns of segregated communities and a lack of housing opportunities for minorities in neighborhoods with better housing, schools, transportation and other amenities. Just last month, the Lawyers Committee for Civil Rights Under Law, the National Fair Housing Alliance and the Poverty and Race Research Action Council jointly issued a report crediting HUD with making significant advancements to enforce the Fair Housing Act's requirement that HUD funding recipients affirmatively further fair housing.

And that is why Fair Housing Month is so vital: It serves as a reminder that the Fair Housing Act is central to all of our work here at HUD and that our work today defines our tomorrow.

Shaun Donovan is the secretary of the U.S. Department of Housing and Urban Development. This article was adapted and edited from a speech delivered April 3 at the Brooke-Mondale Auditorium in Washington, D.C. The original text is available online.

The CFPB’s Pursuit Of Economic Justice

So, Why Has The Recovery Been So Tepid?