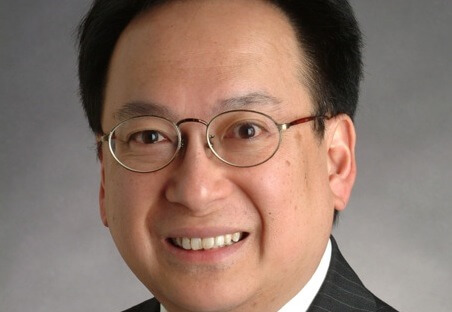 PERSON OF THE WEEK: Despite the recent turmoil in the leadership ranks of the Consumer Financial Protection Bureau (CFPB) and the ongoing possibility of regulatory rollback, the mortgage industry must nonetheless move forward and prepare for the next iteration of the bureau’s Know Before You Owe/TILA-RESPA Integrated Disclosure rule, also known as “TRID 2.0,” which clarifies some of the gray areas in the current regulation.

The clarifications to the complex rule were introduced in July 2017. The changes are slated to take effect on Oct. 1. Some of the key clarifications include further definition as to what “no tolerance fees”means; clarification of how the disclosures work when applied to construction loans; and how re-disclosures work after rate lock. The bureau also issued a fix for the so-called “black hole” problem that had prevented lenders from re-setting fee tolerances when a closing disclosure (CD) has been issued prematurely.

Although the changes are positive, overall, being mostly in response to industry feedback, many lenders still have a lot of work to do to prepare. Much of the work is just now getting underway.

To learn more about what lenders are doing to prepare for TRID 2.0, MortgageOrb recently interviewed John Vong, co-founder and president of ComplianceEase, a provider of regulatory compliance risk management solutions.

Q: We’re now less than five months away from the TRID 2.0 mandatory effective date. How prepared do you think the industry is to face the new rule?

Vong: TRID 2.0, in my opinion, will not cause as much industry turbulence as the original “Know Before You Owe” rule. However, it still will take a sizable effort to have each stakeholder in the process be prepared to hit the road running on October 1. If “experience is the best teacher,” then the industry learned many valuable lessons from TRID 1.0 and proved to be extremely resilient and adaptive. I don’t expect anything to be a showstopper, as long as lenders remain actively engaged with their technology providers.

Q: What have been some of the biggest challenges in preparing for the new rule?

Vong: TRID 2.0 became effective October 10, 2017, but compliance isn’t mandatory until October 1 of this year, creating a unique situation in which different lenders may implement varying approaches to the timing of when they begin to comply with TRID 2.0.

In addition, the initial TRID 2.0 rule did not address the “black hole” issue that prevented lenders from re-setting fee tolerances when a closing disclosure had been issued prematurely. However, on April 26, the CFPB finalized an amendment that lists the instances in which mortgage lenders can re-disclose increased closing costs to consumers on a closing disclosure. The “black hole” rule will take effect 30 days after its publication in the Federal Register. This means technology providers will need to include it in their TRID 2.0 updates, delaying rollouts even more.

Q: Why is it taking technology providers so long to update their systems?

Vong: When TRID 2.0 was announced last July, technology providers were focused on getting ready for two major compliance challenges that had hard 2017 deadlines: the new Uniform Closing Dataset (UCD) and the new Home Mortgage Disclosure Act (HMDA) data collection and reporting rules. Everyone shifted focus to the TRID amendments at the beginning of 2018, but the time it will take to update the fields and calculations, test for quality control, audit, and code into existing platforms varies by technology provider.

Q: What can lenders do between now and October 1 to get ready for TRID 2.0?

Vong: Lenders should perform an internal assessment of what went right and wrong during their company’s implementation of TRID 1.0 and how they’re doing nearly three years into the rule. They should partner with compliance advisors not only to understand the new rule, but also to develop policies, procedures, and workflows that can be integrated into their businesses. Lenders should also contact their technology providers to get a sense of where they are with updates.

TRID 2.0 will require significant revisions to existing software, and those revisions will need to be tested. Also, lenders will need to educate and train their teams to ensure they are originating in a compliant manner.